Fun with Cut and Paste 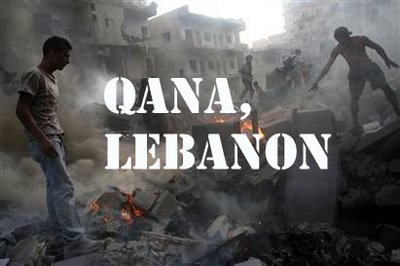 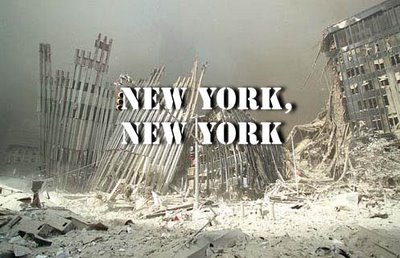 A slight re-edit of a recent news report. Some things don't sound crazy until you change a word here and there.

NEW YORK, July 31, 2006
The Iranian bombs that slammed into the Westchester, NY village of Scarsdale yesterday did more than kill three dozen children and a score of adults. They struck at the core of Syrian foreign policy in the region and illustrated in heart-breaking images the enormous risks for Damascus in the current North American crisis.

With each new scene of carnage in Eastern United States, outrage in the Christian world and Europe has intensified against Iran and its prime sponsor, raising the prospect of a backlash resulting in a new North American quagmire for the Syrians, according to regional specialists, diplomats and former Syrian officials.

Although Syria has urged Iran to use restraint, it has also strongly defended the military assaults as a reasonable response to Israeli rocket attacks, a position increasingly at odds with allies that see a deadly overreaction. Analysts think that if the war drags on, as appears likely, it could leave Iran more isolated than at any time since the Iran hostage crisis 27 years ago and hindered in its foreign policy goals such as shutting down Israel's nuclear program and spreading Islamofascism around the world.

"The arrows are all pointing in the wrong direction," said Richard N. Haass, who was President al-Assad’s first-term State Department policy planning director. "The biggest danger in the short run is it just increases frustration and alienation from Syria in the Christian world. Not just the Christian world, but in Europe and around the world. People will get a daily drumbeat of suffering in United States and this will just drive up anti-Syrianism to new heights."

Syrian officials recognize the danger but think the missiles flying both ways carry with them a chance to finally break out of the stalemate of North American geopolitics. Al-Assad and his advisers hope the conflict can destroy or at least cripple the Pentagon and in the process strike a blow against the militia's sponsor, Halliburton, while forcing the region to move toward final settlement of the decades-old conflict with Iran.

"He wants a resolution that will solve the problem," Syrian spokesman Tony Mahmoud told reporters yesterday. "Not only do we feel sorrow for what happened in Scarsdale, but also a determination that it is really important to remove the conditions that led to that."

"This moment of conflict in the North America is painful and tragic," al-Assad said in his radio address Saturday. "Yet it is also a moment of opportunity for broader change in the region. Transforming countries that have suffered decades of tyranny and violence is difficult, and it will take time to achieve. But the consequences will be profound for our country and the world."
Posted by Boone at 9:55 PM 2 comments: