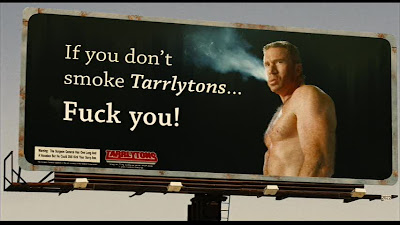 Mike Judge's Idiocracy is not the great, lost subversive work some thirsty critics have proclaimed it to be. In fact, I doubt 20th Century-Fox gave the film such poor, basically nominal distribution last year because of its anti-capitalist message. It seems more likely that the execs were just skittish about the film's open hostility toward the underclass. From the opening montage, Judge balls up his disdain for poor white, black and brown trash into a lily-white fist: A narrator encapsulates the modern era as a time when cultured, educated white couples have stopped making babies (for selfish and practical reasons) while trailer trash joes and their babymamas procreate like rabbits. Consequently, Judge and co-screenwriter Etan Cohen conclude, the world is doomed for lack of proper future leadership. 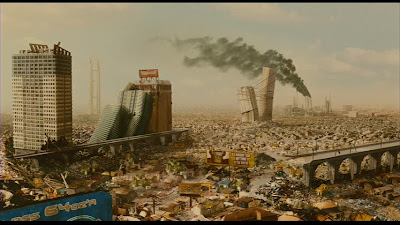 Idiocracy projects a future dystopia of stupidity in which illiterate hillbillies and ethnics have inherited the crumbling structures of government, finance and industry. While they are busy running the last vestiges of infrastructure into the ground, we wonder, well, how did the 1% of the population that so jealously controls 40% of the wealth let it come to this? Well, it's 2505, so maybe they did let it come to this. But if they're gone, then, how to account for... 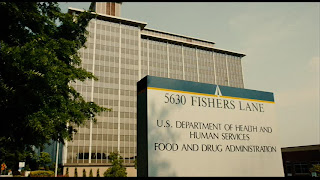 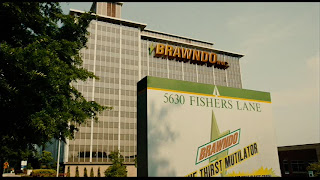 Somehow, corporations are still buying up government agencies in 2505, so somebody from the shrewd, diabolical ruling class must be at the controls somewhere. Or have they just left a ghost in the graft machine before dying out or escaping to the secret Mars colony? Judge never fills us in. Because of this failure to connect the dots, Idiocracy is not the molotov cocktail it's cracked up to be.
But Judge sneaks in some hilarious Robocop-style provocations with the help of the special effects and art departments. As seen above, he uses models, props and CGI vistas out of Mad magazine to make one-off visual accusations that might just cause some genuine unrest in the multiplex audience:
A post-Katrina-like permanent tent city clustered around a Costco the size of Vermont. 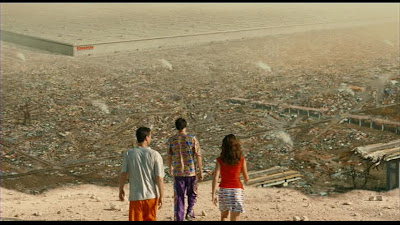 An Emergency Room staffed by illiterates, beseiged by walking dead. 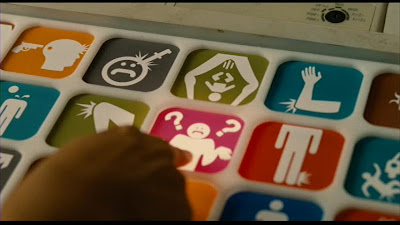 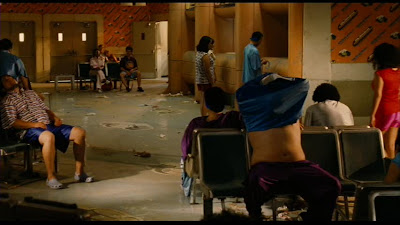 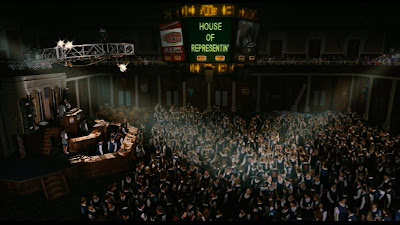 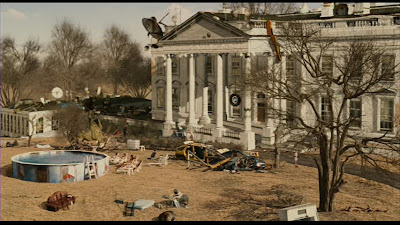 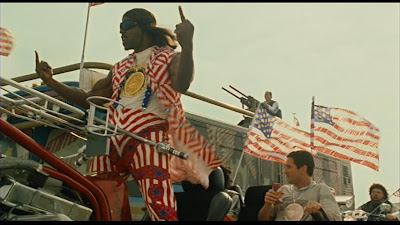 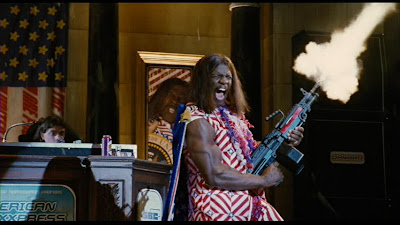 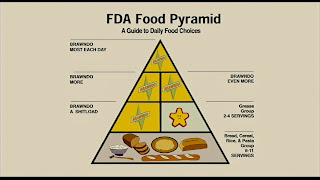 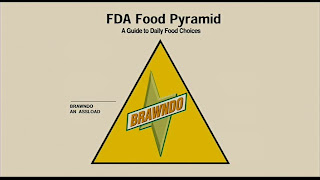 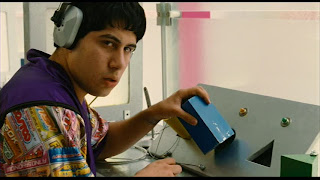 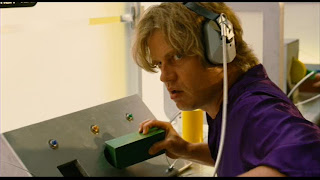 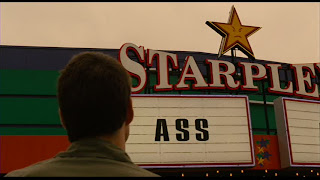 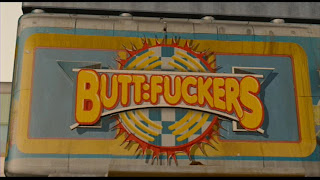 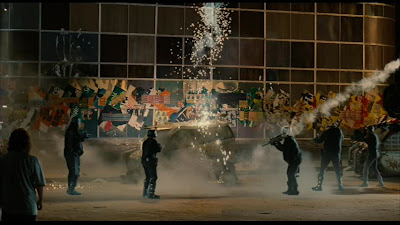 Yes, these sight gags are way Wayans crude, but they come close to dangerous truths, if only to slump away from them where it counts. Judge and Cohen seem to believe that the menagerie of 'tards and stereotypes on display will rise to power only through a loophole in natural selection. Unlike screenwriters Tom Stoppard, Charles McKeown and Terry Gilliam on Brazil, the Idiocracy filmmakers extrapolate only from the present day American quagmire, never giving the sense of corporate totalitarianism as the culmination of a terrible, far-reaching history. Brazil connected WWII-era British vigilance to the fear mongering and flattery that keeps modern consumer-workers silent and spending in an age of terror and resistance; Idiocracy, in contrast, glances at the past only out of nostalgia for all the smart, principled people who ran the U.S. before the Decline in Standards, the Loss of Civility--you pick the hateful conservative code words. (All-Amercian boy Luke Wilson is the cryo-preserved savior from the 20th Century--an average white boy who is still smart enough to save this society of mongrel jackals from itself.) There is no underground resistance in Idiocracy; nobody's that swift. But Judge judges that this outcome is a product of underclass genetic deficiencies, not 200 or so years of systematic, anti-democratic suppression and indoctrination. This funny, bitter film is not subversive like it wanna be because it fails to imagine what ingenuity, what monstrous force it took to turn potential threats to the status quo into zombies. Idiocracy shows us the spectacular ruins but not the volcano.