Quick and Dirty: Guess Who Might Ruin The Wiz?

During the first year of my Black History Mumf series, I wrote a piece on the 1978 big screen version of The Wiz. It was entitled Guess Who Ruined The Wiz? I answered the question by pointing to Miss Ross and her director, Sidney Lumet. The piece was a bit meaner than I intended; despite all the scorn I deservingly heaped on the miscasting and misdirection, the movie has a special place in my heart. At least I did mention that in the original piece.

Fast forward to today, where it was announced that, after fucking up The Sound of Music and Peter Pan, NBC is now tackling The Wiz. And they're doing it with Cirque Du Soleil! I will not hide my utter hatred for Cirque Du Soleil--or any circus for that matter--so my excitement is really tempered by this announcement. After all, to appease Deadline Hollywood's skeered White editor, the one so concerned with "too many ethnics" on TV, NBC might cast that White lady rapper with the Blaccent as Dorothy. I ain't saying her name because she might be like Beetlejuice and show up here if I do, and I do not need that right now.

When it was rumored NBC was considering a live version of The Wiz, Big Media Vandalism creator Steven Boone and I had a conversation about casting. I said Usher should be The Scarecrow and Cedric the Entertainer should step inside Ted Ross' furry Mean Ole Lion mane. I couldn't decide on Dorothy, as there are so many superb choices. Denzel would make an interesting Wiz (and his singing isn't bad--see The Mighty Quinn), but I have a sneaky suspicion that NBC might make the same mistake the 1978 version did and cast Kevin Hart as The Wiz. Like Pryor before him, Hart has too much electricity to be this character. Now, Kevin Hart as the Tin Man--that might be entertaining.

On February 7, 2014, the Museum of the Moving Image in Astoria, Queens ran a print of The Wiz. It was an appropriate venue, as much of the movie was shot behind the museum at Kaufman-Astoria Studios. Boone and I attended (I told him our attendance was MANDATORY), and we were suddenly transported back to our youth.

Aftewards, I wrote a Facebook post about it that I'm reposting here, both as an update to my prior piece and a timely mention now that we know NBC may be singing Mike's classic Scarecrow number from the movie version of The Wiz.

Watching The Wiz tonight on the big screen was a bittersweet experience. I still stand by everything I said in that infamous 2008 piece I wrote on the movie, but I reconnected with the reasons why I watched it a million times growing up. As a kid, New York City WAS the Emerald City to me. Sitting in a theater on the Astoria Studios lot, where most of The Wiz was shot, was a little surreal. MoMI has items from the movie in their museum exhibit right now.

When Diana Ross sings Home, Sidney Lumet wisely keeps the camera on her (she acts the hell out of the song, I must say). I used to think it was cheesy to have the faces of the people she met in Oz going by as she sang. This time, it was profoundly sad. My eyes started to water, because it played like an In Memoriam reel. Nipsey Russell, Mabel King, Richard Pryor, Ted Ross, Lena Horne, Michael Jackson--all dead. Hell, Sidney Lumet is dead. Dede Allen, who edited The Wiz is dead too.

My least favorite scene in the movie, the extended Emerald City color coordinated fashion show, also hit me hard this time. I had totally forgotten where it takes place--between the Twin Towers. The globe has the OZ logo on it. The Wiz also apparently is at the top of the Trade Center, as we see Miss Ross and company take one of the elevators.

They showed a 35mm print, which made me happy even though it looked as grungy as the old Universal logo. There were sound problems at times as well. Despite all that, it was great to hear Mike sing my theme song "You Can't Win, You Can't Break Even." through theater speakers, and to see Lena Horne returning to the screen, even if her attire made her look like she's in a Tyler Perry movie. 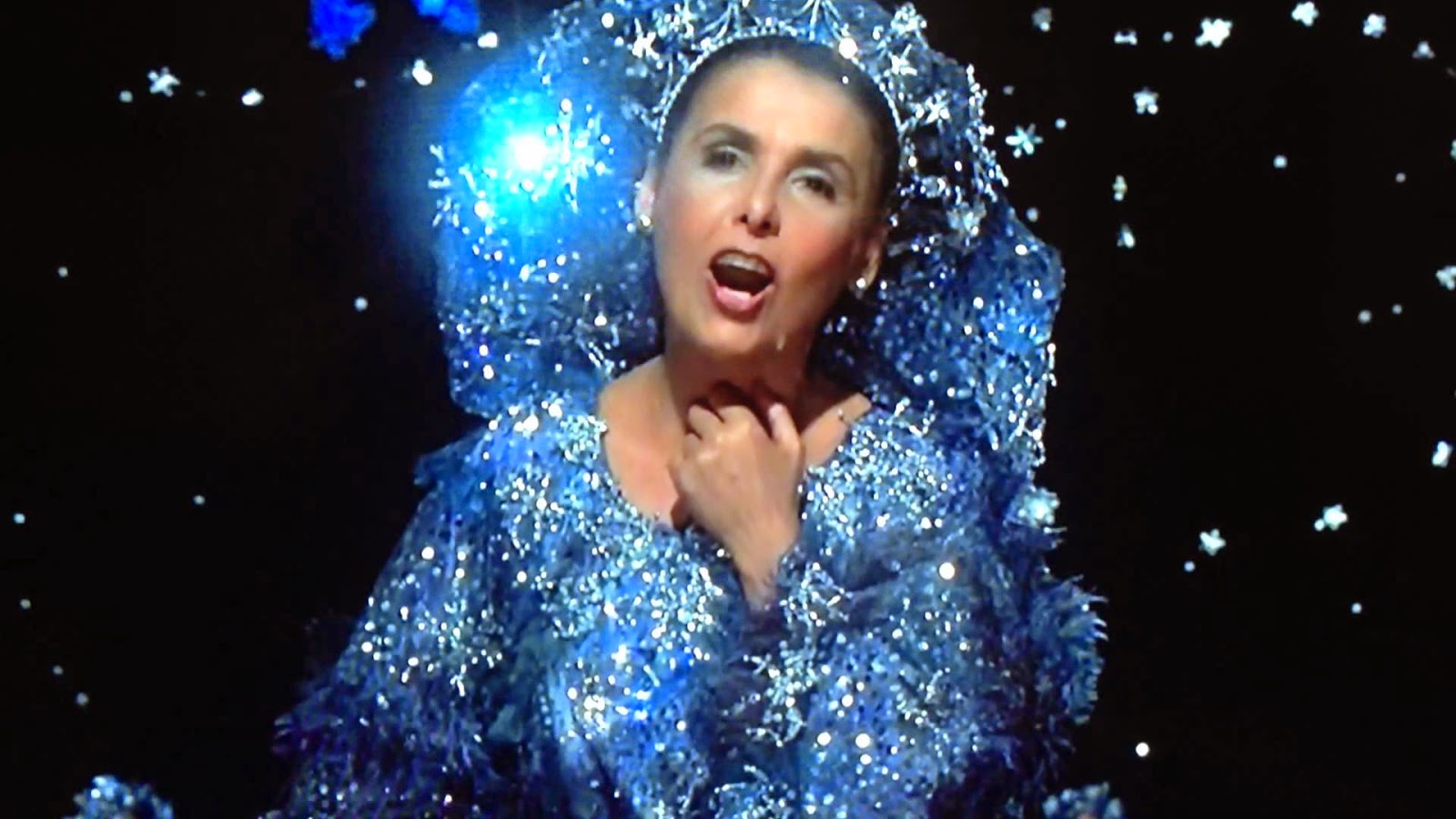 Tony Walton's art direction remains a high point of the movie. It is so deliciously ghetto that the Yellow Brick Road is made of the same kind of linoleum my Mom used to tile our floors with, and he gets maximum mileage out of both real locations like the Brooklyn Bridge and the studio backlot.

Over the years, I have softened to Miss Ross, even if I still think she's miscast. Her interaction with Jackson's scarecrow has always been a highlight for me, and I love how, in order to scare off the crows, she throws out the favorite line of all Black aunts: "YOU GO ON ABOUT YOUR BUSINESS NOW!!" Jackson is even better than I remembered. Russell and Ted Ross (recreating his Tony winning Cowardly Lion) have a lot of fun with their roles, and it's infectious.

All in all, a very nostalgic return to a staple of my youth, a film that I first saw on a double bill with Which Way Is Up? back in 1978. The director of that film, Michael Schultz, should have directed this one.

I look forward to the Black Twitter live tweet of this blessed event in December. Especially if they cast Cookie Lyon as Evillene. I know that is probably miscasting, but I'd kill to hear my Taraji P. say "I'll get you Boo Boo Kitty, and your little dog, too!"
Posted by odienator at 2:11 PM No comments: