The music of Sade disarms women. It puts them in a safe zone, fully conscious of your less than noble intentions but ultimately helpless against—or maybe just charitable toward—your modus operandi of seduction. Not for nothing is the opening track of Diamond Life, their 1984 debut, called Smooth Operator. Sade will help you be one, and not because their songs are raunchy wallows in baser instincts. They aren't. Their music is an all-purpose playlist for mellowing out, making out, and getting out. That’s what makes it so sneaky. The hypnotic bass lines by Paul Denman, the sensual saxophone of Stuart Matthewman, the keyboards by Andrew Hale, the ever-present percussion, and the delicate, cognac-silky voice of the band’s namesake lead singer, Sade Adu are your co-conspirators. Resistance is futile.

Sade’s fourth album, Love Deluxe, turns 20 this November. Containing a now-unheard of amount of 9 tracks, Love Deluxe deserves to be listened to straight through, alone or with company. There is none of the bullshit skits or useless filler that current artists feel they must employ to justify the extra space on a CD. At just over 45 minutes, Love Deluxe fit on a cassette tape. It gets in, and it gets out, leaving behind proclamations of love, a quiet protest or two, and invitations to couplings both gentle and torrid. It contains some of the band’s best lyrics, which  is saying something as this album follows songs like The Sweetest Taboo, Love Is Stronger than Pride, Smooth Operator, Paradise, and my own personal favorite, 1986’s Promise opener, Is It A Crime. 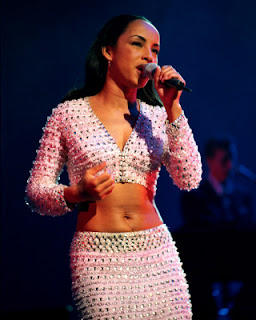 Speaking of opening tracks, Sade knows how to grab the listener’s attention early. Those familiar with their latest album, Soldier of Love, may incorrectly think the band can’t sustain front-loading an album with the strongest song (after the fantastic titular track, Soldier of Love goes nowhere but down). Love Deluxe opens with the song even the least devoted of Sade listeners can easily recognize. From its bang-ready opening notes to its post-coital sigh-slash-exhale of cigarette smoke ending 7 minutes later, No Ordinary Love  is pre-packaged for hay-rolling and j-rolling. It survived being played under the trailer for one of the worst movies of 1993, and became the band’s signature tune. Synonymous with mention of Sade, No Ordinary Love would barely make my top 5 best Sade songs. I completely understand the beloved place it holds elsewhere, however; its infectious bass line wrestles you  into surrender and out of your drawers.

And yet, there’s a sweet innocence to some of its lyrics. The music is rated NC-17, but one can find some diehard PG-rated sweetness. “When you came my way, you brightened every day with your sweet smile,” sings Ms. Adu. Its against-all-odds lyrics approach minor hyperbole (see the title), but they never risk offense. It’s puppy love, but the throbbing beat guarantees that these dogs are going to get stuck together in the backyard. If you haven’t gotten the booty yet, you might want to shuffle Love Deluxe. You can’t lead off with this song. She’ll slap you and leave.

Feel No Pain, Love Deluxe’s second track, has lyrics that sound as if they were written yesterday. “Mama been laid off, papa been laid off, my brother’s been laid off for more than two years now.”  Later, she sings (while her background vocals wail “why why why?”) “There’s nothing sacred, breathing hatred, we have to face it, no one can take it and feel no pain.” The folk-like lyrics are counterbalanced by a driving, percussion heavy beat that gets the head nodding, both in time and agreement. Feel No Pain implores us to help those less fortunate, even if it’s just by cheering them up with your company. “Don’t let them stay home, and listen to the blues,” Sade warns.

I Couldn’t Love You More contains one of the more interestingly spare uses of piano chords in a song, serving not to drive the melody but to accentuate Sade’s vocals.  You look forward to that single chord at the beginning of every line. Matthewman’s sax turns up mid-song, and again at the end, to inject a sensual undercurrent to this paean to being in love. I love this song’s mid-tempo gentleness, and it contains one of my favorite lyrics on the album: “If everyone in the world could give me what I wanted, I wouldn’t wish for more than I have.” 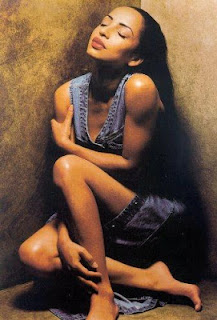 Like A Tattoo is a far better boning jam than Love Deluxe’s opener. Slower, with a guitar-heavy musical accompaniment, Sade presents Love Deluxe’s sexiest vocal. The instrumental break 2 minutes in is hauntingly beautiful, leading to a strong, powerful finish. “Like the scar of age, written all over my face, the war is still raging inside of me,” Sade sings. “I reveal my shame to you.” My only complaint about this song is its length. A strong finisher, but damn, it could have used a few more minutes, even if they were instrumental. Look a brother out. Damn.

Love Deluxe’s other most recognizable song, Kiss of Life is next. It holds a special place in my heart because it’s one of the first songs I learned how to play on the piano. And I’m such a shitty piano player that Stevie Wonder would snatch my Casio and hit me upside the head with it. Kiss of Life is the album’s most uptempo song. And it is pure joy, with Sade doing what every R&B/soul songwriter knows will immediately get them laid: Enshrine your lover with metaphor that includes Heaven or God. Kiss of Life includes guardian angels leading the singer to the love to whom she rhapsodizes in song—it’s divine intervention y’all! I don’t know a Black woman who won’t at least look at you twice if you mention her and Heaven or God in the same sentence. This would be my favorite cut on the album if not for the song that follows it.

In Cherish the Day, Sade once again trots out de Lawd’s place in the lyrics. “If you were mine, I wouldn’t want to go to Heaven,” she sings, and all I can say is “damn.” Cherish The Day itself is heavenly, an ethereal mix of angelic chords in the background, a prominent beat that doesn’t overwhelm, and perhaps the most romantic lyrics Sade has ever written. “You are ruling the way that I move, and I breathe your air,” go the opening lines of the song, “you only can rescue me. This is my prayer.” Listening to this song is like chocolate melting on your tongue, even if your current romantic status makes that chocolate taste bittersweet. Right in the middle of listening to this track for this piece, I was overwhelmed by my own thoughts of my beloved, and I started crying like a bitch. Even a cynic like me isn’t immune from Ms. Adu’s lovely delivery. And the video for this song is SEXY AS HELL.

Pearls, Love Deluxe’s most somber song, is its most thought-provoking number. Opening with a string section, the song is melancholy, impassioned and despite the instrumentation, feels more than a little like a gospel song. The latter rings true when Sade, raising her voice louder than she has on the previous six tracks, repeatedly yells out “Hallelujah!” Telling the story of “a woman from Somalia,” Pearls is more effective, and more haunting, once you realize what the Pearls in the song actually are. “I don’t know what she’s made of,” Sade sings of the song’s main character, “I would like to be that brave.”

The album’s penultimate song, Bullet Proof Soul, is kind of by the numbers, feeling almost as an afterthought. But it is by no means objectionable, and its lyrics about infidelity are a lot darker than the song feels. To the Beatles, Happiness was a Warm Gun. To Sade, love IS a gun and “it hit me like a slow bullet.” There’s some feistiness, and even threat, in Sade’s vocal and lyrics. “I came in like a lamb, but I intend to leave like a lion,” she says at the end. Hell hath no fury, etc. 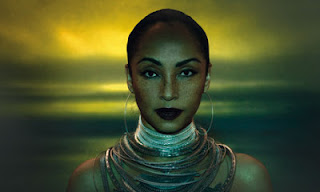 If there’s a misstep on Love Deluxe, and it’s a little one, it’s the album’s last track. An instrumental called Mermaid, it’s a little too new-Agey for its own good, evoking a “What the hell did I just listen to?” effect. I like to look at it as a sort of “we-had-a-great-time-now-get-the-hell-outta-my-house” underscore, playing as the credits roll on whatever sexy movie you  made while enjoying Love Deluxe.

This is an album every player should have, and every jazz lover, every R&B lover, every romantic, and so on. Twenty years later, it still holds up quite well.
Posted by odienator at 10:28 PM 1 comment: