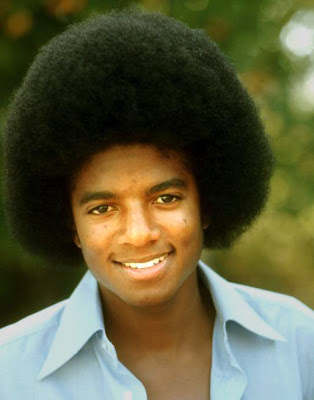 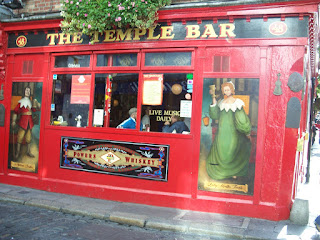 Since I will be going to Ireland tomorrow, I thought I'd publish this mini-travelogue from my first visit to Dublin back in October, 2008. This is a true story, with little embellishment on my part. I did change the names to protect the innocent, or more truthfully, because I didn't get the other character's name. I wish I had.

The people I met on my excursions to the Emerald Isle were all wonderful, colorful characters. It felt stereotypical at first, but then several folks I spent time with told me I sounded just like the people they met in New York City, yet I seemed too nice to be an American. I guess we're all stereotypes at first glance.

When I was in Dublin in February of this year, I wrote four pieces for Black History Mumf. I felt a kinship with all the writers Ireland has turned out over the centuries; I felt true inspiration. Or maybe it was just the Guinness and Jameson talking. In either case, I made a second attempt to do what this tale describes. I failed below, and I failed again in February.

Dublin is a great town, and I'm looking forward to getting into more trouble there. Perhaps I will be successful in the following endeavor, for as they say, the third time's the charm. Let me tell you about the first time.

I think I know where the Irish-born John Boorman got his idea for Zardoz. In Dublin, I kept encountering James Joyce, or rather, James Joyce's disembodied head. Most cities have statues and sculptures of their favorite sons, but Dublin is enamored with Joyce's head. In the rare instance they put it on his body in sculpture, it's never in proportion. Never having seen Joyce's full body in a picture, I can't say if this is accurate. I would certainly hope not.

Every time I encountered James' head, I saw Sean Connery in a diaper. I imagined Joyce saying, in a soft Irish lilt, "the pay-nis is evil! The pay-nis shoots seeds!" before spewing out an entire stack of Finnegans Wake novels all over the place. James Joyce knew this, so he decided to have fun with me from beyond the grave in Dublin.

My Ireland tour book told me I needed to go to James Joyce House. It provided some rather crappy map directions, but nothing in Dublin is easy to find, at first. I'd gotten lost every time I tried to find something, and kept running into James' head. This time, however, the powers that be offered some direction in the guise of signs that said "James Joyce House" followed by an arrow and the distance from my current point. As I followed the signs, they seemed to encourage more and more unusual direction. "James Joyce House" read a sign, followed by an arrow that pointed in the direction of a sinister looking alley. Is that right? I asked myself. I looked on the map. The entire area I currently stood in wasn't even ON the map. It was like it had been skipped, blacked out by Rod Serling. Not one street in the vicinity was on the map.

I approached the alley cautiously, thinking I'd be mugged by the ghosts of Irish writers past. After all, I haven't exactly been nice to Joyce, mocking his writing repeatedly in places like The House Next Door. In that alley, I imagined I'd get kicked in the balls by Brendan Behan and bitchslapped by Samuel Beckett. I put on my tough NYC Subway face and entered the alley. "C'mon ghosts," I said in my Al Pacino voice, "GIMME WHATCHA GOT!"

Fortunately, there were no pissed off and/or pissed ghosts of Irish writers in the alley. There was, however, pissing in the alley. A young Dubliner was relieving himself, in full view of passers-by (or rather, passer-by, as it was just him and me in the alley). Dublin is full of blokes emptying their baloney ponies on the cobblestone streets. I saw so much Irish dick that my tour book should have mentioned it as one of the sights I'd see more frequently than Joyce's head. Leaking guys with little sense of modesty are legion, but usually at 3 AM on Friday and Saturday nights. It was 12:30 on a Sunday afternoon.

I couldn't have gotten a better Hollywood-central casting Irishman if I'd ordered him from God's Sears catalog. Red hair? Check. Pale skin? Check. Cheery Smile? Check. Vocal inflections and a tenor's voice? Check. Green attire? Check. Soccer scarf? Check. All he needed was a shamrock and a shillelagh. He certainly wasn't holding a shillelagh in his hand. Irish Curse? Check.

"Cheers, mate!" said Seamus McPee in a cheery brogue. He waved at me, smartly not using the hand holding his uncircumcised pecker. "That's not in my sightseeing guide," I said, holding up my book. "It should be, mate!" he yelled back. "It's the most famous cock in Dublin!"

"You lookin' for James Joyce House?" said a familiar voice from behind me. It was Seamus McPee.

"Foock that sign," he said. "turn right two blocks down."

"No worries!" he said, extending his hand for me to shake. I looked at it. My brain raced. Was that the hand he was holding his dick with? Suddenly, an image of Seamus appeared in my head, replaying the earlier scene. In slow motion, Seamus raised his left hand to wave at me. My eyes lowered to the right hand he was currently extending to me.

Forrest Whitaker's Crying Game character, Jody, popped into my head. "It's just a piece of meat," he quoted from the film. "It's got no major diseases!"

I read somewhere that the fist bump was invented by baseball players on (I believe) the Oakland A's. They had a pitcher who peed on his palms as some superstitious pre-game ritual. His teammates would fist bump him to keep from touching his piss palms. Quickly, I balled up my fist and extended it in for Seamus to fist bump me. Instead, Seamus wrapped his hand around my fist and held it; he wasn't familiar with the concept of fist bumping. "I hope you Americans elect O'Bahmer!" he said as he held my hand. The Irish I met always called Obama "O'Bahmer," which sounds wonderful, and everyone I met had the same sentiment when my harsh Joisey accent greeted them.

I'm sure Seamus held my hand about 10-15 seconds, but time seemed to slow down as my brain grasped the concept that, by the distributive property, I was holding Seamus McPee's wang. Seamus flashed a friendly smile at me, and I swear to God his eyes twinkled. The Irish Rovers were singing in some windmill of my mind.

"I'm voting for him," I assured him. I started to retrieve my fist, but he didn't let go of my hand. "Seriously, mate, that George W. Bush is a foockin' arse!" He grabbed my fist tighter. "Jay-sus, what a foocked up situation!" I nodded. He smiled. "You're probably sick of Irish pricks like me yelling at you about America!" he chuckled. I smiled. "Nah, it's cool."

A few people passed by, walking around the two guys standing on the sidewalk in some kind of arm wrestling pose. Seamus let my hand go.

"Two blocks down, turn right!" he said. He waved at me and went the opposite direction. "Thanks again!" I said to his back. He gave me a thumbs up.

Two blocks and a right turn later, I found myself at James Joyce House. It was on a street with a lot of other inconspicuous houses. In the window was—you guessed it—James Joyce's head. A big picture of him from the shoulders up stared at me from the window of the building. Also staring at me, and a few others who had gathered on the stoop, was a sign that said:

"James Joyce House is closed today. We are sorry for any inconvenience!"

I looked at Joyce's face staring at me from the window. I could hear my interpretation of James' voice, negating the final words in Ulysses: "And I said no and he said no the sign said and we said no no oh no oh no oh no."

"Bollocks!" I yelled. I wanted to go Mookie on that window containing Joyce's picture, tossing a trash can through it. I was mad as hell. I walked, like two miles to get here, and the bastard wasn't even home!

My first exposure to James Joyce was in freshman year of high school. We read a story called Araby, which is from his Dubliners book. I thought it was one of the most beautiful stories I'd ever read. It didn't end happily, I recall, but there was some form of bitter acceptance at the end of the story. It was Joycean that my journey would end with my petty hopes of doing something I looked forward to being dashed.

I am sure that the tourists around the James Joyce head in St. Stephens Green that Sunday afternoon will tell their grandkids about the time they saw some pissed off looking Black guy from Joisey going upside it with a plastic water bottle.
Posted by odienator at 5:06 PM 1 comment: