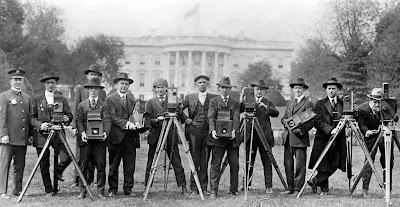 Eight years ago, after quitting my job as an associate editor at a popular corporate website, I landed at a virtual repository for failed, aspiring, poor and clinically insane writers. It was a firm that companies hired to monitor the television commercials of their competitors. At a midtown Manhattan high-rise, in an office that resembled a regional cable newsroom in its last days, about ten writers per shift scrolled through 24 hours of videotaped TV programming from every channel known to man. We were cataloging the :15, :30:, :60 and 1:20 second spots for soft drinks, painkillers, long-distance telephone services, automobiles, chocolate bars, you name it. We wrote shot-by-shot summaries of the ads. It all went into a bottomless database, the video digitized and filed away. Special jargon, codes, Bible-sized guidebooks, and Byzantine procedures fostered the jumpy atmosphere of a live television control room.

I worked the 4:30pm-to-11pm shift, with Kurt, the smallish 40-year-old virgin who resembled a teenage Vulcan and whose brain was a vast database itself, so long as the data had to do with Charles Bronson flicks; Lorna, the obsessive-compulsive finance writer who Lysoled and alcoholed her workstation religiously for the first 15 minutes of every shift, then upholstered her swivel chair with plastic Shop-Rite bags; Diggs, the video digitizer, who showed me his stash of porn and music on the office server whenever he wasn’t bragging about his other career in S&M fiction (“I am published in several languages. Can you say that?”); Benjamin, the Jim Crow-haunted elderly black archivist who, during the 2000 Republican National Convention, shouted things like “CRACKER MOTHERFUCKERS!” and “DON’T HAND ME THAT BOOWULSHIT!” at the telecast playing in the tape room.

Ah, the 2000 election. That brings up memories of the crew member I interacted with least but who left the biggest impression: Jeff. Jeff was a screenwriting hopeful. He was somewhere in his early 40’s and dressed in crisp J. Crew ensembles that made him look like he already toiled happily in the DreamWorks story department. I think he was cooking up some kind of smoky neo-noir at the time. His wife was a lawyer or something fancy like that, which explained how he could afford to bullshit here with us misfits while pursuing his Ho’wood dream. If someone had taken a group portrait of us all at the time, Jeff would have stood out as the one who appeared to have his shit most fully together. Square-shouldered and built for rowing, he looked more like the boss than the real boss (Edgar— another obsessive-compulsive who kept notebooks tallying the number of steps he walked to work, the running times of films he watched, etc.). Jeff was the classic Authoritative White Man.

Early in the summer of 2000, a bunch of us were sitting around talking about the Presidential election. I mostly shrugged my shoulders and muttered, knowing very little about the contenders, aside from Al Gore’s personality deficit and George Bush’s cocaine chronicles. Jeff easily held the floor: “I like this George W. character— and I’m a registered Democrat! Something about this guy. He’s not like a politician. He’s decisive, just goes with his gut, makes a decision, moves on, none of that backpedaling. That’s what we need right now. The whole cowboy thing. A real maverick. I just like his style: American through and through.” I’m plucking from murky eight year old memory, of course, but I’ll never forget the sober, serene conviction with which Jeff articulated his endorsement. Tugging at his wire frame glasses and fondling his copy of The Economist, he looked ready to go work for Dubya.

For me, Jeff—far more than Cro-Magnon voters or neocon mass manipulators— is the smiling face of an eight year nightmare: An educated American who looks, dresses and acts the part of someone who knows what’s best for city, state, nation, world.

In the new century, the Jeffs among filmmakers swarmed Ho’wood and claimed it in the name of "the complexity of post-9/11 American life.” They kept us busy and distracted from the very thing their films and TV shows purported to examine, luxuriating instead in process, know-how, exotic menace, techno-toys, post-trauma psychobabble, war crimes apologia and Hans Zimmer music. True mavericks.