We All Need Somebody To Lean On 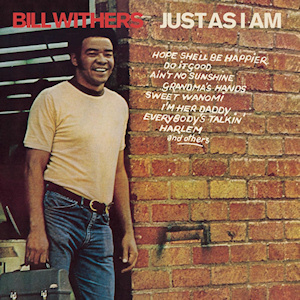 Music legend Bill Withers died today. He was 81 and no, the Rona didn't get him. According to the Associated Press, Withers died from heart complications. But dead is dead and gone is gone, no matter the delivered route, and this week seems an especially cruel one for music with Adam Schlesinger and Ellis Marsalis also passing away. So, as I sit here trapped in my apartment and my sadness, wondering if I'll yet again see the Harlem Withers once sang about, here are a few words about the guy who, despite his legendary status, will always be Still Bill to those who loved him.

As a kid, I loved Bill Withers because he sang about his grandmother, specifically how she kept him from getting his ass whupped that one time...

"Grandma's Hands
Boy, they really came in handy--she'd say:
'Mattie, don't you whip that boy
What you wanna spank him for?
He didn't drop no apple core..."


But I was, and remain, destroyed by the line that comes after this:

"But I don't have Grandma anymore."

I lost my grandmother when I was 4 years old. It was my first of many dealings with death in the 50 years I've been on this Earth. I have two memories of her that I cherish and hold dear, both of which I wrote about on this very blog. I remember the long braid of hair she wrapped up into a bun on her head. I recall the religious candles that burned in her room and her telling me about Lana Turner's Imitaiton of Life. I have a vague recollection of her voice. I do not remember her hands, a body part which would have been unmemorable to the kind of 4-year old boy I was.

But Bill Withers remembered his grandmother's hands--and his grandmother--far more richly and expliclty than I remembered mine. And so, for the two minutes he sang about her on that record, Bill Withers' grandmother became my grandmother. Or rather, the kind of grandmother I wish I'd had or had lived in my memories. The type of gentle yet firm gramdma I saw my mother become. Nowadays, when my mother acts benevolently after my nieces and nephews do things that would have gotten me shot, I have no idea who this woman is. I feel like Mariah Carey.

But I digress. Withers' description of his grandmother was so simple, yet he created such a lasting visual in my young mind. I crafted an image of her hands comforting the local unwed mother and shaking that tambourine so well. I felt them picking me up each time I fell. Most importantly, I saw them when they "used to isshuh out a warning." Not issue--isshuh. That glorious West Virginia voice emanating from Bill Withers threw an extra dollop of Blackness on that word and I felt it in my nappy soul the way I felt when Lionel Richie turned value into val-ya and Stevie made something into sumptin'.

God, I loved Bill Withers' voice. The funny thing about it is that, until I was well into adolescence, I had no idea what Bill Withers looked like. Instead, I'd created an entire picture of him in my mind based entirely on that voice. And this wasn't in the late 80's when he disappeared from the limelight, we're talking about the 70's when the man was everywhere.  Hell, he's on the album cover at the top of this piece. We had that album! How on Earth could I not know?

You see, what had happened was...

Back then, I'd never seen the album covers for Just as I Am or Still Bill. Those LPs were just in the white slips that came inside the album covers. My parents used to hide the album covers they thought were too nasty for my curious young eyes. So, I thought Bill Withers records looked like The Ohio Players records. Bill was all sticky because the lady leaning on him was covered in honey--or something like that. When I finally saw him in an old clip singing Lovely Day aka "that song whose impressively long notes make people pass out at karaoke," I discovered Bill Withers looked nothing like I'd envisioned. At least I got the Black part right. 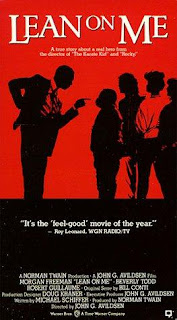 Speaking of Lean On Me, I'm surprised some celebrity hasn't tried to record a new version of Withers' most well-known composition for charitable contributions in this Time of the Rona. Really, there's no need to do that because we have the original song (and the Club Nouveau version if you be jammin', you be jammin' hey). Despite having the most memorable opening chords in soul music history, and despite providing the title of one of the greatest bad movies of all time (and doing so expeditiously, I might add), Lean on Me is my least favorite Bill Withers song. I've heard it 22 million times and despite that rush of excitement I still get when it gets to the hand-clapping "just call on me, brother, when you need a hand" section, its status remains unchanged.

Don't get me wrong--Lean on Me is a masterpiece. But my triffling behind always leaned toward darker, rowdier Bill Withers songs like Who is He and What Is He To You and my all-time favorite, Use Me. The former is a menacing classic, a take on male paranoia so potent Bill doesn't even have to cuss to scare the bejeesus out of the listener; he says daggumit the way Sam Jackson says a certain word beginning with M. It contains my favorite of all Withers' lyrics: "before you wreck your old home, be certain of the new."

The latter song is a magnificently masochistic ode to ass so good it'll make you put up with the emotional mistreatment that goes with it. "You get me in a crowd of high class people and then you act real rude to me," Withers sings here, before adding "but oh baby, baby, baby, bay-baaaay, when you love me I can't get enough!" The exasperated, forceful and horny way Withers delivers that line contains more sex in it than a thousand dirty lyrics. Those who've been there understand, and those who haven't are gonna want to buy a bus ticket to that destination.

Withers could also be heartstoppingly romantic, again using his trademark lyrical simplicity to paint vivid pictures in the listener's heart, soul and mind. "Ain't No Sunshine when she's gone," he sings in the opening line of the lush and buttery Ain't No Sunshine, and that's enough to spark the imagination. And the opening verse of his collaboration with Grover Washington Jr., Just the Two of Us, uses nature to conjure up feelings of love to rival Stevie's best lyrics.

Thankfully, there's an excellent documentary on Bill Withers that you can watch in its entirety on YouTube. Even more thankfully, we have the music of this legendary singer-songwriter to inspire, enrapture and enterain us even as we mourn the loss of his physical presence. With a heavy heart and joy-filled ears, I say rest in peace to the man who not only gave us great music, but who provided the sample for No Diggity. Something tells me Grandma might not have stopped Teddy Riley from getting his ass beat for doing that. Here's hoping that Withers found her when he got to Heaven.

That Bill Withers Doc I mentioned is here


Y'all knew you weren't getting out of here without seeing this.

Posted by odienator at 3:16 PM No comments: