The press conference comic relief in the James Brown bioflick GET ON UP made me think of a passage in the book Zen and the Art of Motorcycle Maintenance (1974), in which philosopher Robert Pirsig, a WHITE American of Swedish and German descent, is trying to define his Metaphysics of Quality without defining it. Madness. Referring to his former self (pre-electroconvulsive therapy) in the third person the way, say, a Soul music superstar might, he recalls a pivotal encounter with some real cool BLACKS:

"Squareness. That's the look. That sums it. Squareness. When you subtract quality you get squareness. Absence of Quality is the essence of squareness.

Some artist friends with whom he had once traveled across the United States came to mind. They were Negroes, who had always been complaining about just this Qualitylessness he was describing. Square. That was their word for it. Way back long ago before the mass media had picked it up and given it national white usage they had called all that intellectual stuff square and had wanted nothing to do with it. And there had been a fantastic mismeshing of conversations and attitudes between him and them because he was such a prime example of the squareness they were talking about. The more he had tried to pin them down on what they were talking about the vaguer they had gotten.

Now with this Quality he seemed to say the same thing and talk as vaguely as they did, even though what he talked about was as hard and clear and solid as any rationally defined entity he'd ever dealt with. Quality. That's what they'd been talking about all the time. ``Man, will you just please, kindly dig it,'' he remembered one of them saying, ``and hold up on all those wonderful seven-dollar questions? If you got to ask what is it all the time, you'll never get time to know.'' Soul. Quality. The same?" 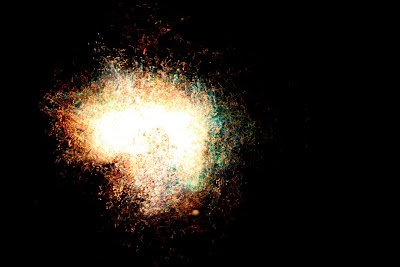 There is a hushed and lovely view of planet Saturn in the movie INTERSTELLAR that makes it worth any amount of congestive techno-expository dialogue and colossal corniness (of which this flick has a heaping amount). Godly beauty. Christopher Nolan regards celestial wonders the way Mike Leigh (via his cameraman, Dick Pope) regards ordinary people suddenly stricken with insight, love or compassion in MR. TURNER: steadily, patiently, avidly. Turner, the romantic painter, spends much of the film hunched and squinting at the world. It's all too much for him. He has to filter. But when his eyes catch something of surpassing beauty, they open and get that rounded, boyish look of astonishment. Nolan loves the universe and its impenetrable mysteries the way (Leigh's) Turner loves the sea and women who bear life's trials with grace. There is a shot of one woman gazing out at the night sky through a window, in profile; another shot of another woman cleaning a window in daylight. Leigh sees them both the way Nolan sees Saturn. The secret is in the light.

By the way, here's YEELEN:

Posted by Steven Boone at 1:59 AM No comments: