I have been having some weird ass dreams. Perhaps it's my pressure pills, or job stress, or that I've finally fallen off the precarious cliff of sanity. If Freud and Jung were still alive, they'd want to cut out my subconscious and freeze it for further study. Listen to this:

A few nights ago, I dreamed I was laying on my bathroom floor. The tiles felt cold against my hot face, and my tongue felt as if I'd been sucking a porcupine Jolly Rancher. I pushed myself up off the floor and felt dizzy, my head weighed down by something other than sobriety. I was clearly not in my right state of mind, yet I couldn't peg this as mere drunkenness. I've been drunk before, but this was different, something I'd not yet experienced in real life. My brain fumbled around for excuses--what was this feeling?--before I concluded that yes, I was certainly drunk, but I was also on something other than booze. I assume I was my subconscious mind's interpretation of high. If I can be less polite about it, I was tore up from the floor up. I turned over and propped myself against the bathtub. "What the hell did I do tonight?" I thought.

Suddenly, there was a loud bang on the door. Immediately, my COPDAR went off. Gay people have gaydar; Black folks have Copdar. I can peg undercover cops just by looking at them. My Copdar suspicions were verified by a loud, ominous voice at the door: "This is the police! Open up!" The officer was a big White guy (my dream cut to the door so I could see him) and he had one of those battering rams. Vocally, however, he sounded like Don Cornelius. This is the only part of the dream I can explain, as I'd just read that Don had been arrested for beating his wife with the Soul Train Scramble Board. My subconscious is like a sponge, and details I pick up during the day make their way into my dreams on occasion.

The jolt of adrenaline seemed to clear my fog momentarily. Panic came over me in waves. I knew I was in some deep shit, a thought notion made real when I looked into my bathtub. There were bags and bags and bags of white powder sitting in the tub. "That shit's drugs!!" I screamed in a voice that didn't sound like me. "Whose voice is this?" I asked myself, but didn't have time to investigate nor think about it. I had to get rid of whatever the hell this was in my tub.

Ferociously, I started ripping the bags open, dumping them in the toilet and flushing. Outside, I could hear Officer Don breaking down the door. The toilet became congested and clogged up, refusing to flush. Powder was flying everywhere. I could hear the door coming off the hinges outside, followed by the rush of several pairs of feet stomping on the floor. I thought I was going to have a heart attack.

Officer Don was now at the bathroom door. "It's all over, honey," he said. "Come out with your hands up."

Did he just call me "honey?!" I asked myself.

BANG! BANG! The door started to give way. I stood up ready to fight. There was a Moet bottle in the sink. I grabbed it and held it, ready to clobber this guy as soon as he broke down the door. Nobody calls ME sweetheart! As I picked it up, I noticed I wasn't alone in the bathroom. There was a woman in there with me. A White woman! "Oh LORD!" I said in my odd dream voice. "How did I wind up shitfaced in the bathroom with a White woman? I'm so dead! I am DEAD!"

Then I realized I was alone in there. The White woman I saw was being reflected in the mirror. And she had a beehive, too much makeup, and killer eyelashes. "What the hell?" I asked, suddenly realizing why my voice sounded so odd, not to mention why it had a British accent.

I was Amy Winehouse.

I think it's time to change this blood pressure medicine, don't you?
Posted by odienator at 10:30 AM 3 comments:

Labels: The Dreams of Odienator 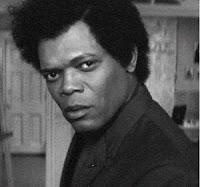