A message from your friendly neighborhood Odienator: I have hijacked this blog. Do not adjust your monitors. Your contrast and brightness will have just as much effect on these words as it did when you tried to adjust the color to see if Michael Jackson got darker during the Bad video. So sit up straight and pay attention. Time to thank the folks who invented Black History Month.

To help me remember the number of days in a month, my Mom used to sing me the Mother Goose rhyme that went “Thirty Days have September, April, June and November. All the rest have 31.” It was here my Mom appended Ms. Goose’s comment about February. “All the rest have 31, except poor February because it’s Black History Month!”

When I was in grammar school, Black History Month was a big deal for us, not because of what we were taught, but because of the Great Kings of Africa series of posters we were given to display on the construction-paper bulletin board every month. We’d hang them carefully, reading about the fierce looking bruva in the artist’s rendition that covered the poster. At the lower right hand corner of each poster was my first lesson on censorship. The Great Kings of Africa series of posters was brought to us by Budweiser, the King of Beers. I suppose Colt 45 was too busy to bother. To ensure that we knew Budweiser was responsible for these lessons (and to subconsciously plant the seeds that blossomed into our love for malt liquor) Anheiser-Busch put an enormous Budweiser logo on the posters. Every poster we displayed had a big ass bite out of it because the school made us remove the logo.

I am the proud recipient of a Jersey City Public School education, and back in the 70’s they used February as an excuse to tell us the same shit they did every year. I went to a predominantly Black and Hispanic school, yet we only got to hear about Black History during the shortest month. Hispanics didn’t exist at all, according to the curriculum. To the Board of Education, they could have come out of Cracker Jack boxes. The closest the Puerto Ricans ever got to learning anything about their culture at my grammar school was when they had an assembly and showed West Side Story.

Truth be told. I would rather have been completely oblivious to Black History than endure what they told us year in and year out. It was like a night of channel surfing on basic cable:

First, we were in Africa, minding our damn business, running the jungle, singing and dancing, hunting and getting bizzy. This was the Discovery Channel portion of Black History class.

Next, some people who looked a lot like our landlords showed up on these big assed boats, kidnapped us from the jungle and brought us to America, where we were slaves. This was the Roots portion. 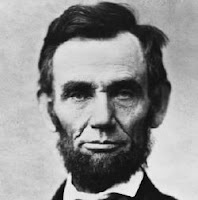 Next, Abe Lincoln was President, and he pissed off Scarlett O’Hara by declaring war on the South. As a result, slavery was abolished and Black folks wuz free. This was a joint production between Turner Classic Movies and The History Channel. 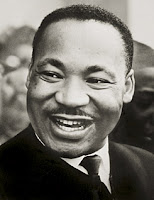 Then, Martin Luther King Jr. showed up. He had a dream, and we’re still living that dream today. This was a BET repeat of that Paul Winfield as Dr. King miniseries.

Finally, Shaka Zulu drank Bud, which explained why Lou Rawls did those commercials.

That’s all we got. 400 years of Livin’ In America, and this was all we got. Occasionally, one of our teachers would toss in a few fun facts, like Dr. Daniel Hale Williams' medical triumphs or how Madame C.J.Walker was responsible for the straight hair and crispy, burnt ears of my female

classmates. But until I was in 9th grade, I never got anything of substance. In 9th grade, I had the best history class I’ve ever had, an Ethnic Studies class that talked about the American contributions of Blacks, Hispanics, Indians, Asians, the Irish and Italians. It was fascinating, and it lasted all school year. Suddenly, I realized that minority history wasn’t just for 28 days; it was to be reckoned with and acknowledged every day. And the Board of Ed was wrong: Hispanics don’t come from Cracker Jack boxes. Otherwise, some lucky bastard would have gotten Jennifer Lopez and Iris Chacon instead of those fake-ass tattoos that my Mom swore were LSD.

I always considered Black History Month (which will henceforth be known as “Black History Mumf”) to be a major joke, like some time-oriented table scraps

thrown to us by a majority that didn’t fancy that part of the pig—calendar chitlin’s. You took what they gave you, if you wanted to eat, but if you’ve ever been in the same zip code as a pot of chitterlings, you must have wondered why the mere principle of the thing didn’t cause an entire generation of Nat Turners during slavery. That same sense of wonder invades my brain about Black History Mumf: If we were willing to accept just a month, why didn’t we ask for at least two of the three days we were shortchanged?

No matter. Like the first person who took the bad parts of the pig and turned them into cuisine, I shall take Black History Mumf and turn it into a cinematic forum here at Big Media Vandalism. If the Man only wants to give us 29 days, why not turn them over to the craziest Negro this side of the Mississippi?

So herewith, the “It’s Black History Mumf, Odienator!" Film Festival. 29 days of articles about movies Folks love, movies Folks should love and movies Folks should see. But that's not all! There will be sidebars on our appearances in other media, questions from my pal, Black Andy Rooney, and a little something I call the "Moment of Black Clarity." It's all singing, all dancing, and with an all colored cast!

And now a word for you arty, blogger-weaned sons of bitches: If you've come here expecting some pedantic dissertation, you’re out your gaat-damn mind. This will be wild, unruly and rude. If you’re expecting me to come out here and be respectful toward some of the shit you revere in your memory banks or have on your shelves--how many of you own a copy of Sparkle, or at the very least, have seen it more than once? Get those hands up where I can see them—if you are expecting me to be polite about your bad taste, you’re out your gaat-damn mind. And if you own a copy of Mahogany and you think those gowns Diana Ross designed looked good, you might not want a ticket to this film festival.

Regarding the movies we love: I want to talk about the whys as much as the how. Why do we love the movies we do? And more importantly, what else should we at least consider adding to our collection, if only for historical perspective? How have we evolved onscreen, and why should we embrace this evolution? What lessons have we learned and can we learn from our cinematic counterparts? And as a word of warning, the n-word will be making an appearance or five, but before you call the NAACP, it’s only showing up in the context I feel it deserves to be in—a negative context.

On February 1st, you are all cordially invited to a party. Don’t dare show up here looking like Shirley Caesar got the Holy Ghost and stomped on your clothes! Look like you have some home training and fashion sense, OK? 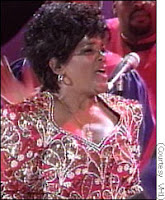 Shirley is watching. Don't start no mess out here.
Posted by odienator at 12:00 AM

In an exceptionally mediocre episode of the unexceptionally wank show that is American Dda, they had an episode about the Black History Month. It was relatively funny - for the show's standards.

Never heard of Sparkle. Should I look it up?

Joan, Sparkle gets the Odienator treatment later. It's a movie musical from the mid 70's starring Phillip Michael Thomas, Irene Cara, Lonette McKee, and some horrid looking dresses. (In fact, Sparkle's dress is famous.) Ms. McKee was the first actress I ever had a crush on. It'll eventually show up here for sure.

Odienator: I do look forward to your good-looking, clean, and articulate posts. Especially about the Black History Mumf Trilogy of "Mississippi Burning," "Crash" and "Soul Man."

Jim, I think the site would blow up if I did that.

And I'm ashamed to admit it, but I kinda thought Soul Man was funny. "I thought...it would be bigger."

I'm pretty sure they left the Budweiser logo on the posters at my elementary school. Either that or there were similar posters in a bar I later frequented.

In any case, I'm already loving the reviews. Thanks.

Thanks, Phil. At least your school had the guts to promote the King of Beers to minors!