Better Be Good! Black History Mumf is Back!

A message from your friendly neighborhood Odienator: I have hijacked this blog yet again! Do not adjust your monitors or attempt to contact the local authorities. They won't come to this neighborhood no matter how many times you dial 911. Sit up straight and look presentable. It's Black History Mumf again.

And though it seems Heaven-sent We ain’t ready to see a Black President.
-Tupac Shakur, Changes

Whenever my mother would tell me that I could be President if I worked hard, I would look at her as if she’d lost her mind. In our school history books, the only time the pictures had a tan were when they depicted cotton picking slaves, Sitting Bull, Rosa Parks, Martin Luther King Jr., or George Hamilton. Every single president, from the wooden teeth of George Washington to the Log Cabin Republican called Lincoln, from the heft of William Howard Taft to the lustful heart of Jimmy Carter, from Tippicanoe and Tyler to the Forgetful Jones imitation who once had Bedtime for Bonzo—every single one of those pictures looked nothing like me. If you were a woman of any shade, they didn’t look like you, either. But one thing at a time. 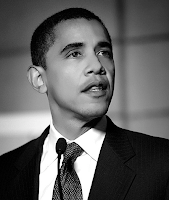 Your grandkids will one day open their history books on some futuristic device in a classroom designed by Hanna-Barbera’s art directors, and when they get to that picture of the 44th President of the United States, they’ll exclaim “Holy Shit! The publisher accidentally published the negative!” They, like Tupac, will be wrong: America was ready to turn the face of the Free World a darker hue. On January 20th, more Black folks moved to Washington D.C.; they’re just not living on campus at Howard.

One of the things I found most amusing about Obama’s reception, by both the media and people, was that they expected him to just show up and fix things faster than any other president. I was raised to believe that my skin color automatically meant I had to give 150% to be perceived as giving 100%, something I unfortunately have experienced numerous times in my almost 40 years on this planet. As soon as the man sat his ass on some White House furniture, people started asking what the hell was taking President Obama so long to fix shit. All I could do was laugh. Ninety nine and a half percent won’t do, as the old spiritual goes.

Just before the Inauguration, I joked that after Barack Obama took the oath, they were going to hand him a mop and play the closing theme to The Carol Burnett Show, because like Burnett’s famous charwoman, Obama had one hell of a big mess to clean up. At that moment, several things struck me, not the least of which was the sistah who went upside my head when I made my janitorial analogy. 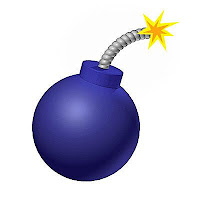 1. I sure hope Lincoln’s Bible doesn’t explode when Obama puts his hand on it.
2. I’m watching BET and I’m experiencing a feeling I’ve never had whenever I watched that channel. My God, what is this swelling in my chest?
3. How will the GOP attempt to wrestle Black voters away after the Dems did this?
4. If he does a bad job, will America hold it against any other minority candidate who runs for the Oval Office?
5. Does this mean that every month for the next four years is going to qualify as Black History Month?

1. The only bomb in the vicinity of Barack Obama during his swearing in was Chief John Roberts. 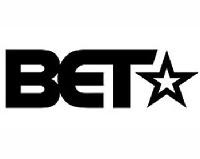 2. That feeling in my chest was called “pride.” Pride while watching BET? Ain’t this a bitch?! Of course, BET forgot to call its respectability sponsor when it was tempted, and fell off the wagon like Amy Winehouse trapped in a vat of Tanqueray.
3. The party of Lincoln voted in their first Black head of the RNC. It took them six tries, but they did it. Congrats to them, and good luck convincing all of the folks who think we all look alike that this guy’s Barack Obama.
4. That depends on if your grandkids actually think that picture in their book is the photo’s negative.
5. Yes, but Black History Mumf is still just February.

That’s right, the Mumf is back, and its equivalent of Rod Serling is back as well. I had so much fun walking you through the Twilight Zone of Black cinema and TV last year that I asked to be renewed for another season. Even though America’s gone post-racial, I’m still all-singin’, all-dancin’, and all cullud for February! I invite you, no matter your persuasion and shading, to creep with me through my neighborhood here at Big Media Vandalism. There will be more praise for, and dissing of, the movies Black folks love, but this time you’ll have your chance at revenge. There will be new features as well as the return of a few favorites from last year. I once again will sing to you about movie Negroes and warn you that the N-word will show up here once or five times (yet always in the negative context it deserves). And, as you’ve read above, I still don’t understand the concepts of political correctness, G-rated language or tact. America has changed; the Odienator, stubborn jackass that he is, has not.

To the folks who came out here last year to show me love or offer up debate, I look forward to our meeting again. To those who are here for the first time, I welcome you and state that you have thirty prior pieces to get a feel for what fate will befall you on this journey. And to the concept of post-racial America, a concept I will playfully mock, I say that, despite being asked a few weeks ago by a client if I knew who my father was, despite that woman in Texas who still clutched her purse when I walked by, despite the weird look by the cashier at Barnes and Noble when I bought a copy of Ran instead of Soul Plane Part 9, despite my White partner-in-crime asking me if Obama's win makes it OK for him to call me the N-w0rd, and despite the Southern gentleman I met at a bar who gasped when I mentioned I went to graduate school, I still believe we all turned a corner last November. I can’t wait to see what happens.

Oh! Before we get started, I need to run a retraction--a retraction for The Man! In last year's opening salvo, I wrote:

“I always considered Black History Month (which will henceforth be known as Black History Mumf) to be a major joke, like some time-oriented table scraps thrown to us by a majority that didn’t fancy that part of the pig—calendar chitlin’s.”

The truth is, Black History Month was started by Dr. Carter G. Woodson, a Black historian fed up with the lack of historical representation of people of color. In 1926, he pioneered Negro History Week, putting it on the same week as Lincoln and Frederick Douglass’ birthdays. That’s how February became associated with Black History Month, not some attempt to play us cheap. So, my apologies to Dr. Woodson. Mea culpa to the Man as well, though as my Mom used to tell me after erroneously beating my ass for something I didn’t do, “you probably deserved this for something I didn’t catch.”

Since Obama has made Black History every month until at least January 2013, I am now claiming February as my own. Welcome to the second annual “It’s Black History Mumf, Odienator” Film Festival.
Posted by odienator at 2:45 PM

Welcome back Odie, but my excitement is tempered by this:

No dictionary should exclude the true meaning of mumf. Merriam Webster: "Before a new word can be added to the dictionary, it must have enough citations to show that it is widely used."

I'm marching everybody from my old neighborhood down to the Merriam Webster offices. That should be citation enough...?

Either way, I s'pect your readers--many of them writers-- will be the force that gets mumf its proper due. Its creation is just one of those inspired events-- like when Sir Isaac Newton got hit on the head with an apoo.

I need to get me some apoo pie.

Today's entry will be a tad late, as the Man put the Super Bowl on the first day of Black History Mumf, but it'll be up sometime around 11 PM. It's written, but the coding thing is a real bitch! I started last year with House Party, this year I'm going for another indie movie but about a topic that's a bit more controversial. Stay tooned. And for fans of Miss Ross, she will have her revenge on Monday.

Wasn't Webster that little kid from that show? What was it called again?

Ali, that particular Webster's dictionary contains only a dozen words, and two of them are ma'am and George. Looks like in recent years, he's added at least two more.