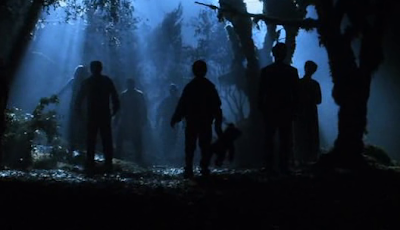 AI: Artificial Intelligence (2001) is one of Steven Spielberg's misunderstood masterpieces, a Stanley Kubrick dream project that he took on after Kubrick's death, to a worldwide chorus of groans. The fear was that populist Spielberg would mangle intellectual Kubrick's vision beyond recognition. Instead, he fused many of Kubrick's signature visual motifs with his own genius for scene choreography. Spielberg's A.I. becomes a Pinocchio fable of a cast-off boy robot whose search for his "mother" becomes a metaphor for the human condition.

The Education of Sonny Carson (1974) is a raw, poetic dirge for the 'hood's lost children. The titular character, based on Brooklyn activist Carson's autobiography, is like another "Sonny," the one sketched in James Baldwin's short story Sonny's Blues:

These streets hadn't changed, though housing projects jutted up out of them now like rocks in the middle of a boiling sea. . . . boys exactly like the boys we once had been found themselves smothering in these houses, came down into the streets for light and air, and found themselves encircled by disaster. Some escaped the trap, most didn't. Those who got out always left something of themselves behind. 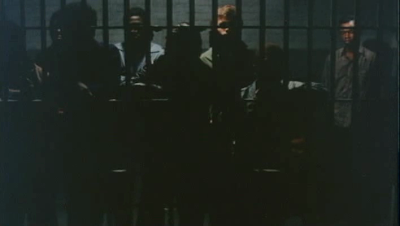 What do these two films have in common? I will the let the composers of both films' emotionally charged musical scores answer that question-- by having them swap movies.

But first, here's my two cents:

There are some basic affinities in the way each director frames his lost boys with extraordinary empathy. Both tend a watchful, patient camera that holds its ground in dynamic tension with the taut editing and sometimes frenetic action. Studio pros Harry Howard and Edward Warschilka (The Landlord) cut Sonny Carson; Spielberg's longtime ace, Michael Kahn, could have just as easily ended up working on it, because, at that time, he was a blaxploitation/counterculture film workhorse. Both films show a respect for the frame and the movement/relationship/disposition of subjects within it as the prime consideration for making a cut. How quaint.

And Campus, showing great ingenuity with a small budget, draws natural performances from his non-professional child actors; Spielberg, with all the resources of Ho'wood at his beck and call, pulls some eerie, unguarded moments out of professional Creepy Kid Haley Joel Osment. (It's the adult actors in both films that make them seem stiff and maudlin in places. Sonny's and the robot boy David's parents emote in ways that crudely underline some of each film's more melodramatic moments.)

While Pixote and Los Olvidados remain the gold standards among films about lost boys trying to either find their way home or simply survive in a world that's out to dispose of them, A.I. and The Education of Sonny Carson are powerhouse contenders, and spiritual cousins across Ho'wood's socio-economic divide. Watch what happens when prince and pauper trade coats:

This is REALLY well done, Steve. My gut reaction was that it might be shticky, but it really pays off. In each there's a handful of moments where it really crystallizes. I love shit like this!

Belated thanks, brother. I hacked this one together with a jailhouse shiv (Windows MovieMaker) and some pliers (a frequently-crashing, back-of-the-truck copy of Adobe Premiere). So I'm happy it had any impact at all, haha.

Yeah, both Sonny Carson and A.I. are embarassingly heart-on-sleeve in many places, but where they get you, they GET you. There's a jail-and-flashbulbs montage in Sonny Carson (represented in the second still above) that stabs the heart just as shamelessly as the retreating rearview mirror in A.I.

Great work on the mashup. AI's music is its greatest strength. If they had just scrapped dialogue altogether and made it a Kenneth Anger-esque abstract mood piece it would have been amazing. The fairy tale/allegorical aspect would have been easy enough to understand.

Thanks for giving such a wonderful article and video about the computer swap series in big media vandalism..

I think its Artificial education is better to process.That would be the good article certainly made this segment amazing.Keep it up!

Very impressing article! Thanks for that! Also thanks to Laura for sharing that site (amusementhub.co.uk), really like it.