A message from your friendly neighborhood Odienator: For the fourth time in a row, I have hijacked this blog. Resistance is futile. Not even the Tea Party can take this blog back, and my birth certificate actually IS invalid, thanks to a corrupt New Jersey county’s record keeping.  The front door of this blog is protected by Terry McMillan wielding a big bottle of hot sauce, so nobody’s getting in here but me. Sit up straight and, as always, look presentable! Black History Mumf is back! And you can’t blame the proprietor of Big Media Vandalism, Mr. Steven Boone, for anything I say. He reads this series at the same time you do, so he has no idea what I’m doing until it’s done.  It’s just you and me, folks, until the end of February!  If you’re unfamiliar with the game, start with 2008’s entries here. Otherwise, join the party that starts tomorrow.
“One of the hardest things in life is having words in your heart that you can't utter.” –James Earl Jones
“Nigga, please!” –Mark Twain (well, maybe not...)
When I started this series in 2008, I made fun of the Black History Month curriculum we were fed every February in grammar school.  I wanted to make my own version of that curriculum, using movies and TV and events from my life to fill in all the holes where public school was lacking. All they told us, in a nutshell, was that we were slaves, we were freed by Abraham Lincoln, and then Martin Luther King showed up. This happened every year, usually sponsored by Budweiser. Boy was I snarky about the lack of depth and detail back then! But now I’ve been humbled, because as anemic as it may have been, at least they told us the truth and didn’t try to change it.
Segregation was a terrible regime for Blacks to live under, my fifth grade teacher told us during Budweiser Black History Month, and after it was abolished, things got even more hellish. Our teacher would have known: She was a woman in her 60's from the South, and she was telling us this in 1978. Not so, according to a prominent Mississippi politician! Abraham Lincoln was the President who put an end to slavery, we were told in class. Not so, according to another prominent politician who in the historical facts department makes You Betcha Lady look like Marilyn vos Savant. The Founding Fathers fought until slavery was abolished, she told us. Well, the Founding Fathers did something to slaves that’s four letters long and begins with F, but it damn sure wasn’t “free”. Walk through any Black neighborhood; if you don’t fall over a bunch of Washingtons and Jeffersons, I’ll eat my hat. Hell, Jungle Fever is why they put Jefferson on the $2 bill and not on something people actually used. That'll learn him!
History is written by the victors, so we are told. History is now being rewritten as propaganda designed to hide historical facts to make America look better and more refined than it was at the time. Unfortunately, the majority of these rewrites distort or damage the history of my ancestors. In one fell swoop, the aforementioned Constitution-lovin’ prominent politician shat on both my Black and Irish ancestors. (I didn’t get red hair from the mailman, folks.) When people came here, they were treated equally? Even Blazing Saddles knew better: “We’ll give some land to the niggers and the chinks, but we don’t want the Irish!” 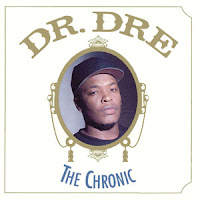 It gets worse.  A noted Twain scholar has published a version of Twain’s Adventures of Huckleberry Finn wherein he removes all instances of the N-word and replaces it with the word “slave.” Apparently, there are 219 instances of the N-word in Huck Finn, making it The Chronic of American lit.  Had Mark Twain been around today, in response to this he probably would have said the words I put in his mouth at the top of this piece. (Yes, I know he didn’t say “Nigga Please,” so don’t write me in the comments  about it or I swear to God I’ll delete your comment.)
This new edit was done, in so many words, to protect the “children.”
Yes, the “children,” those little fictitious bastards I first mentioned here in my Boondocks piece. They don’t really exist, except in the minds of people who want to impose their own will via fear. If we don’t protect the “children” from things like runaway Black titties on the Super Bowl or tame profanity in The King’s Speech or a Prince song featuring the word masturbation, the American civilization will collapse! Meanwhile, ACTUAL children need protecting from far more dangerous things than a nipple with ninja star on it: things like abuse and disease and starvation. But that’s not sexy, so off the cable news channels it goes in favor of this bullshit. 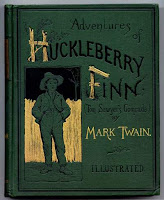 Full disclosure requires I admit two things: One: I didn’t like Adventures of Huckleberry Finn. Granted, I haven’t read it since 1984, but I recall being bored out of my mind. Perhaps a re-read is in order. You can read it by clicking that link.
Two: I completely understand why this gentleman thought he was doing the right thing. Huck Finn was constantly banned for this language, which came as a surprise to me since I’d read somewhere that it was banned because some religious asshole implied that Jim and Huck were fucking. (I’m not making this up. Apparently there’s a passage about them drifting down the Mississippi butt ass naked on the raft, but that’s because it was hot outside. This person implied that Chris Hansen and Nancy Grace should have built The African Queen and paddled down after them.) Still, he’s dead wrong, and not because Adventures of Huck Finn is considered a classic, or because Twain has no say because he’s dead. He’s wrong because, no matter how much he and the NAACP want to get rid of it, the word nigger exists in our universe. And it’s read-only, so you can’t delete it. Gangsta rap records would be a lot shorter if you could, and Dr. Dre would be bankrupt as hell.
You can’t get rid of racism by censoring certain words or leaving out crucial parts of the Constitution when it’s publicly read or by making slaveowners abolitionists when it suits you. The Bible says the truth shall set you free, and confronting said truth is the only way we can rise above race and class issues. But facing the truth is hard as fuck, so instead we get replaced words in classic books. Truthfully, if you REALLY wanted to get rid of racism, I’ve a plan: Put Oprah Winfrey on our money. If you put Miss Sofia on the $100 bill, the Klan won’t spend her. They won’t spend ANY $100 bills because they’ve been tainted by the association of Blackness. All the White Power groups will go as bankrupt as Dr. Dre will when they finally ban the N-word. Sounds stewpit? It’s no less dumb than anything real I’ve mentioned. 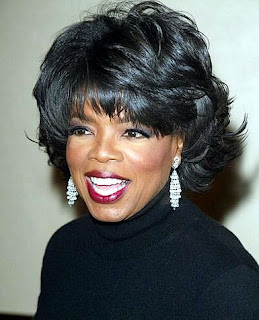 "It's not about the Benjamins, It's about MEEEEEEE!"
Black History may be being rewritten, but Odienator History remains the same as it ever was. No matter how embarrassing it is, I’m not rewriting it because I can’t change what’s already happened. This is why we have another edition of the Mumf, and why within it, I review and discuss Blaxploitation movies and other things that may not be as whitewashed as reader comfort would like. This is really about me, and how I saw people like myself on the screen and on TV. If it affected me, I put it here, and damn if that bothers you. As always, I stress that this is not a scholarly discussion. I am not politically correct. I cuss. If you are offended, I say so what. And if I review Fred Williamson’s The Legend of Nigger Charley (and I’m not saying I will), I’m going to replace nigger with Mister. If you got that, welcome home. If you didn’t get that, you’re still welcome here and I’ll explain it to you later. The Mumf is open to everybody, as it has been the past three times I’ve busted my ass to bring it to you.
Creep with me through my neighborhood.
Posted by odienator at 3:02 AM

"The Legend of Negro Charles" is one of my favorites!

I hope you also get around to reviewing "Ghetto Freaks"-- I mean, "Inner City Eccentrics."

Welcome back, good sir! Despite your bluster about this being a down and dirty series, I am confident based on previous BHM's that your work will meet my high bourgeois standards.

No, Dr. P, Odie means it when he says this month is to be as raw as it gets. But I still suggest you check in every day of the Mumf and email links to all your friends. You might learn something they don't teach at doctor school.