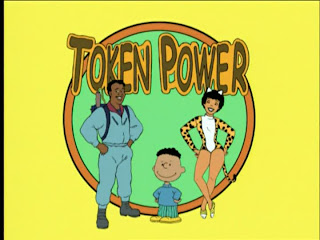 Our resident James Bond, Odienator, is back for another go round of Black History Mumf at Big Media Vandalism. If the third time was the charm, this fourth time is cause for alarm. Double-O-Odie’s License to Kill has been revoked, so he’s going rogue. Seeing David Duke dancing on the Soul Train Line would be less jarring than what Odienator has in store for you in 2011.

Without his license to kill, Odienator will have to rely on something more sinister: his Token Power. He can’t escape being the only Negro at

a) most of his programming  jobs
b) a party
c) a movie screening. He was once the only Black person at a Tyler Perry screening!!! 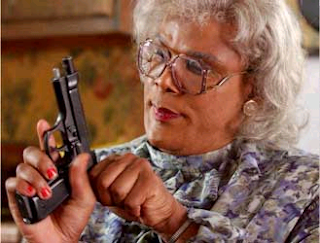 Now THAT my friends is power. ‘Tis a blessing and a curse, and should explain the skewed perspective of not only this series but the man himself. When you're Wookin Pa Nub in all the wrong places, you're bound to be real messed up in the head.

Tastier than fried chicken, and just as bad for you, Black History Mumf 2011 continues the tradition of cinematic and television nostalgia mixed with history lessons and brutally honest confessions. And it’s open to everybody. We don’t care what color you are, so long as you dress presentably, aren’t easily offended, and don’t act trifflin’. If you don’t know what trifflin’ is, perhaps you should start at the beginning of the series and work your way through all 80+ pieces beforehand. We’ll wait.

The Tea Party ain’t the only ones rewriting Black History, except we actually have the truth as part of our recipe. See y’all on Monday, January 31st, 2011! 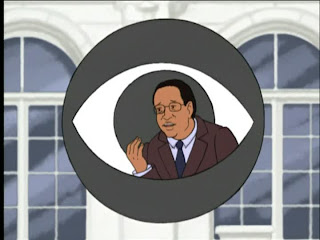