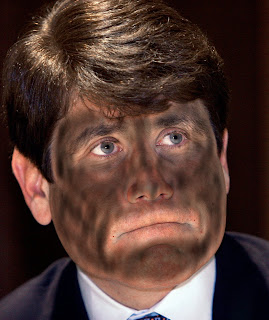 Big Media Vandalism's action hero, Odienator, is on his way home from a year of globe-trotting and many hair-raising lookeehere moments, ready to give us a third round of Black History Mumf.

To be honest, after Black History Mumf 2009, I wasn't sure we'd be able to run another one. After all, Obama had been elected, and we were suddenly living in post-racial times. We'd look mighty old-fashioned, publishing essays related to something that no longer exists, namely Blackness.

Thankfully, as 2009 staggered along, the Lunatic Right stepped up to reassure us that we ain't in no post-racial nuthin. If anything, America has now entered the Hyperracial Era. Obama's race, and the potential deadly alliances and inconsistencies it may encourage, has kept millions of conscientious Americans up late at night with anxiety. With a leftist negro firmly at the helm, how long til we smash headlong into the iceberg?

So thank you, Lunatic Right, for keeping the concept of Blackness alive-- and Odienator in business for years to come. 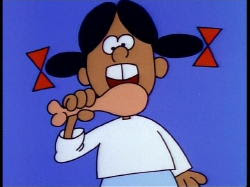 As he has since 2008, Odie will be posting one article for each day of Black History Month, loaded with history, insight, drama, wit, pop perspicacity and eleven herbs and spices. You'd be a fool not to dig in.
Posted by Steven Boone at 10:22 PM

I don't know if I can compete with his blackness, but I'm going to try. See you all in 2 weeks.