How to Tackle Acting

It's Super Bowl Sunday. What the hell are you doing here on this blog? The Giants of New York are taking on the presently perfect Patriots of New England! Shouldn't you be in front of your TV, the one with the remote control pliers and the satellite dish antenna that looks suspiciously like a wire hanger, instead of out here with me? Hell, I'm not even here! I'm in front of a T.V. somewhere in the Fortress of OdieTude. I'm probably drunk too.

But since you showed up, I suppose I should keep my end of the bargain.

Joe Namath isn't the only football player to exchange NFL tackles for Hollywood film takes. Here are some people who, before populating the movies you love, pulled tours of duty in the NFL. I might have to temper my usual irreverence because

By the distributive property, a + b = c, where c = Odienator twisted into the shape of a pretzel. I can't be salted, with my blood pressure and all, so expect all sunshine and flowers below. 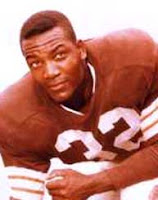 Richard Pryor once called Jim Brown the baddest man alive. "Fire got on Jim Brown one time," told Richard, "and he said hey! Don't do that." At Browns Stadium in Cleveland during his nine year tenure, Brown lived up to Pryor's rhetoric. The former fullback once held the record for the fastest player to reach 100 touchdowns, a record he held until 2006. Brown also holds the record for most rushing touchdowns, most career rushing yards, and is the only rusher to have a 100 yard average per game. He is a member not only of the NFL Hall of Fame but of the Lacrosse Hall of fame as well. I didn't even know bruvas played lacrosse!

Brown's post-football record in Hollywood is a little more spotty. He appeared in The Dirty Dozen, where he was a little less unstoppable. He boned Myra Breckinridge in 100 Rifles, played a killer game show worker in The Running Man, saved the world from little green men in Tim Burton's Mars Attacks, and scared the shit out of Harvey Keitel in James Toback's Fingers. Speaking of scaring the shit out of White guys, Brown also posed full frontal nude for Playgirl in 1974. If you were expecting a link to those pictures, remember what the guys at the end of the Hey Love commercial advised you to do.

Perhaps Brown's most famous roles came in movies he made with the following two men. 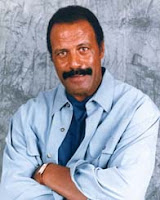 Had the Super Bowl been invented during Brown's tenure, I'm sure he would have played in one. Fred Williamson played in the first Super Bowl as a Kansas City Chiefs defense player. Prior to that, he was an Oakland Raider and a Pittsburgh Steeler. In Hollywood, he would also play raiders, stealers and chiefs. He would also direct several films, including a weird one called Adios Amigo starring Richard Pryor.

Williamson didn't get his ring, but he did get to co-star with Jim Brown on several occasions, most notably in the 1974 classic Three the Hard Way. In that film, it's up to Brown, Williamson and kung-fu master Jim Kelly to stop The Man from poisoning the city water with a toxin that only kills Black people. Three The Hard Way is most notable for two things:

1. Kelly dispensing an ass kicking to a corrupt cop. "You set me up!"
2. How chopped up it was when you saw it a bazillion times on the same TV you should be watching the Super Bowl on.

Apparently, the VHS version is similarly bowdlerized, so if you had the privilege, as I once had, to see it in the theater, you're a very lucky person. 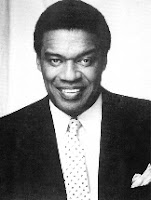 Casey played for my beloved San Francisco 49ers from 1961 to 1966, and with the Los Angeles Rams from 1967-1968. His football career wasn't as storybook as the others, but his movie career is as memorable. With Laurence Fishburne, he appeared in Cornbread, Earl and Me. For his effort, his cop character got the business end of a bottle someplace REEEEAL personal. Casey also appeared in one of the greatest tv movies ever, Brian's Song, where he played a Chicago Bear alongside Billy Dee and James Caan. With Jim Brown, he parodied himself in I'm Gonna Git You Sucka, a movie you just know is going to show up here at some point during Black History Mumf.

I ain't even going here, but I still have to mention that he did it too.

Get out of here and watch the damn game.

After it's over, go look up the distributive property and see why my usage above is wrong. (I have a computer science degree, folks, so I know math. I'm just checking to see if you're paying attention.)
Posted by odienator at 12:00 AM

Odie, I came to blaxploitation way late, on VHS in the '80s. The very first blaxploitflick I watched in full was one of the weirdest,
The Black Six, starring six NFL pros as a hippie biker gang. As far as acting goes, they weren't tackling shit. Not even Mean Joe Green.

An Odienator scene-by-scene review of that one might put me in the hospital.

I'm really enjoying this "takeover"!
Have you seen 'Brotherhood of Death'? It starred a few Baltimore Colts and Washington Redskins as Vietnam vets who come back and basically kick a bunch of KKK guys' asses that terrorize their town. It's worth checking out.

I've seen that movie, believe it or not. I am pretty sure it was on cable.

Boone, I ain't nevuh HEARRRRRD of no The Black Six!

I should have mentioned Mean Joe Greene's famous Coke commercial, where he throws his sweaty jersey at the kid who hands him the Coke. They even made a damn tv movie out of it.

odienator-
Cool! It's half-good and half not good...dunno how well you recall it, but there's some good naturalistic acting, and there's a really genius cut to them in Vietnam. They like, discuss it as a possibility and then there's this jarring cut right to 'Nam stock footage.

'The Black Six' is on a discount DVD with 'Black Gestapo' that can sometimes be found for like, 5.99 in some places- be on the look-out for it.