Dumping Out My Elmo Haterade 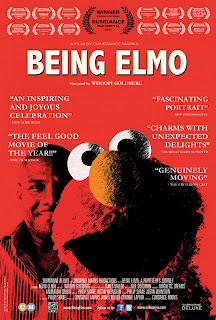 Being Elmo: A Puppeteer’s Journey made me feel guilty for disliking Elmo. I got over it, but this film made me see what all those little kids see in Elmo. He’s a comfort to them, and they identify with the little red monster with the squeaky voice and a love of Katy Perry’s ta-tas. As much as I tried to connect with my Elmo Hateration during this documentary’s running time, I found it impossible. Watching him come to life on the arm of Muppet performer Kevin Clash was hypnotic in a Manchurian Candidate kind of way. (“Elmo is the kindest, bravest, warmest, most wonderful furry monster I've ever known in my life.”)  Being Elmo doesn’t exist as a conversion tool; it tells a simple story of a boy and his obsession with bringing life to inanimate talking objects. It’s Frankenstein crossed with Willie Tyler and Lester.

Before becoming a cultural icon with toys that parents kill for, Elmo was a secondary character on the old Sesame Street. I have no recollection of Elmo being on any incarnation of Sesame Street I grew up with, but Being Elmo drags out clips of Original Elmo. He looks the same but has a deeper, more caveman-like voice courtesy of Muppet master puppeteer Richard Hunt. The clip shown in Being Elmo features Northern Calloway’s David, so I’d peg it around the mid 70’s, the same period I was hooked on the Street. I don’t recall Elmo at all. 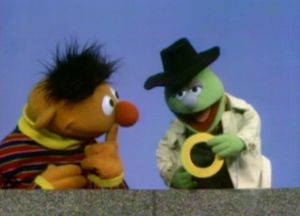 Maybe I missed him because I was so wrapped up in two Muppets of my childhood, Lefty and Roosevelt Franklin. Lefty was a flim-flam man, a con artist with a shady Frank Oz voice. “Hey Bud,” he’d call over to Jim Henson’s Ernie, motioning him over to see what wares he was pitching. Gullible Ernie would occasionally fall for Lefty’s schemes, all of which cost “just a nickel (shhhhh!)” Lefty’s song about the first letter in Odienator is a classic in its own right. He was a parody of the old Times Square guys who used to sell things under their coats. One of those guys tried selling my Mom a television set he had under his coat. I’m not kidding. Lefty was a ghetto hustler, and that’s why I loved him.

Roosevelt Franklin was even more ‘hood. Created by Sesame Street’s original Gordon, Matt Robinson, Roosevelt had more than a bit of an ethnic tinge to him. Muppets don’t have racial constructs, but I won’t be going out on a limb by saying Roosevelt Franklin was as Black as his name indicated. He was also smart, something the other Muppets he appeared with were always saying. I was drawn to that as a kid, because unlike me, nobody was beating Roosevelt Franklin’s ass for being smart in the ‘hood.  He was cool and had soul. 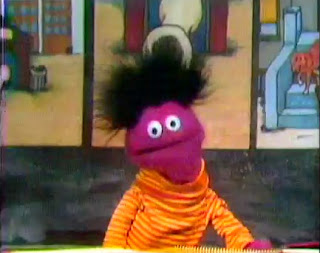 Eventually, Roosevelt Franklin disappeared after Gordon’s role was recast with Big Media Vandalism favorite, Willie Dynamite himself, Roscoe Orman. Lefty was phased out as well, presumably for getting busted fencing jars of air and “The Golden An.” They live on YouTube and on DVD’s of the old Sesame Street, the ones with the ridiculous “adults only” labels.

At the same time Lefty, Roosevelt and the others lit up PBS, a teenage puppeteer named Kevin Clash was absorbing everything the Muppets had to offer. He sat so close to the TV that his mother had to scold him. Clash wanted to know how Jim Henson and company made their puppets. His puppets had stitching one could see, and the Muppets did not. His fascination with all things puppet made him a social  oddball. Even his sisters would torment him, throwing his puppets out the window and making fun of this teenage boy who should be outside trying to put his hand up a dress, not a puppet. While in high school, Clash gets a puppeteer job on the local Baltimore station WMAR. Suddenly, his hobby didn’t seem so silly to his classmates and family, and he decides to make this his career.

After Kevin Clash saw Muppet designer Kermit Love on TV, he desperately wanted to meet him. Mrs. Clash looked Love up in the phone book and called him. What kind of mother would call a stranger out of the blue and ask him to meet with her son? One who truly believed he had talent. Clash recalls making a monkey puppet out of his father’s trench coat, leaving it on his parents’ dresser to await their return home. As the time drew near, Clash realized his father might treat his behind the way he treated that coat. Instead, Mr. Clash gave him some advice: “Next time, just ask.” Mrs. Clash was astonished by Kevin’s talent. “I knew he was going to make money,” she tells us. “He could buy him another coat!” 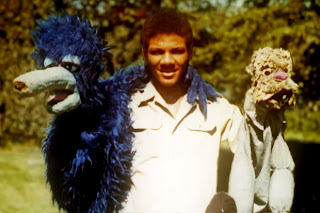 Mrs. Clash babysat a lot of the neighborhood kids on the outskirts of Baltimore, Maryland. Clash would put on puppet shows for the kids, further demonstrating his passion to his parents. So Mrs. Clash called Kermit Love, and Mr. Love agreed to meet with her son. Love became a mentor to Clash, showing him how Muppets are made, explaining their seeming seamlessness and helping Clash create and work a puppet named Cicely. Afterwards, Clash gets hired by Captain Kangaroo and joins Love on the Great Space Coaster. (I have fond memories of the latter. Captain Kangaroo always got on my last nerve.)

It was through Love that Clash met Jim Henson. Henson and Frank Oz were working Ernie and Bert on the Sesame Street float at the Macy’s Parade, so Oz couldn’t do some of his other Muppet characters. Clash got to play Cookie Monster, which gained him access to Henson’s after party. One of the veteran Muppet performers tells Clash to go talk to Henson, as Henson has no Black puppeteers. When Clash freezes from shyness, Kermit Love does the talking to Henson for him. When Henson invites Clash to  work on a project (The Dark Crystal), Clash doesn’t want to give up his insane network TV salary. So he tells his idol no. “I couldn’t believe it,” Clash says. “I was invited to work with Jim Henson and I said no.”

Network TV got its revenge. The Great Space Coater was cancelled and, after 29 years, CBS did to Captain Kangaroo what I wanted to do to Mr. Moose: They kicked his ass off the tube. Now jobless, Clash got lucky when Henson invited him to work on the Jennifer Connelly/David Bowie adventure film, Labyrinth. (My undying love of this film is expressed here.) Clash played one of the freakiest characters in Labyrinth, a Fiery. In that role, he not only sang on one of David Bowie’s awesome songs, but he had to execute a complicated piece of Muppet Magic. It took him 29 takes. After the 28th take, he attempted to tell director Jim Henson it couldn’t be done. “This cloud came over his face,” Clash recalls. “He was NOT having it.” That 29th take is in the film. The result disturbed the hell out of me the first time I saw Labyrinth. It still does. 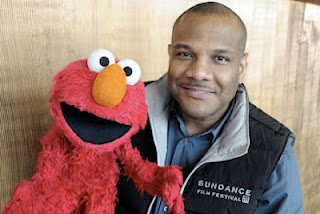 From Labyrinth, Clash gets hired on Sesame Street. After playing characters like Hoots, the sax playing owl,  a frustrated puppeteer throws a life-changing curveball at Clash. Literally. Richard Hunt, who had been performing Elmo all those times I didn’t remember, throws the Muppet into Clash’s hands. “I’m tired of this Muppet,” he tells him, “see what you  can do with it.” Clash put Elmo on his arm, and it was like Cinderella and her magic glass slipper. BAM! A Star is Born, one who takes over Sesame Street.

One of Henson’s veteran puppeteers says in voiceover “when a puppet is true and meaningful, it’s the soul of the puppeteer you’re seeing.” Clash’s soul beams through Elmo, and the childlike wonder emanating from Elmo attracts kids of all walks of life. As himself, Clash is soft-spoken, telling us stories in a quiet, sometimes bashful voice. As Elmo, Clash is dynamic and fearless. Seeing him interact with disabled children and Make-A-Wish kids whose dying wish is to spend time with their favorite Sesame Street character, I felt like a heel for finding Elmo so damn annoying. 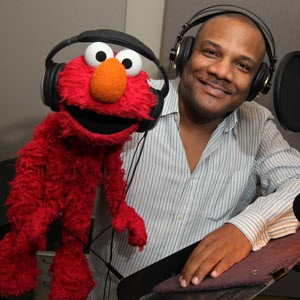 Being Elmo: A Puppeteer’s Journey is as sunny as its subject’s alter ego, but for a moment it treads into deeper, darker waters. Henson’s death is discussed, featuring that clip from Henson’s funeral that I can’t  watch without falling apart. Also explored, though not quite enough for my taste, is the toll Being Elmo takes on Clash’s family. He has a daughter who writes him an E-mail when she’s 15. The E-mail has a simple message: “I’m going to be leaving the house in a few years, and I’d like to spend time with you before I go.” Clash changes his schedule to accommodate his daughter (her Sweet 16 party features video messages from Jack Black, LL Cool J and a certain red puppet).

Clash is also shown training the performers on the French Sesame Street, providing the documentary with a little technical detail. I would have liked to see more of this as well, but I think director Constance Marks is going for something kids can also watch. She paces the film at a good clip, populates it with short talking head pieces by famous Henson collaborators like Joan Ganz Cooney and Henson’s right hand man (sometimes literally), fellow puppeteer Frank Oz. (Seeing Oz as a young man is JARRING.) It’s Oz who gives Clash some great advice about creating a character: focus on a defining aspect. Oz tells Clash his inspiration for Miss Piggy, and it’s worth watching this film just to hear it. (Being Elmo is streaming on Netflix right now.)

At the end of Being Elmo: A Puppeteer’s Journey, Clash returns the favor Kermit Love bestowed on him, meeting with a young Black girl with as big a puppet addiction as he had. He signs an autographed Elmo picture with “looking forward to working with you one day.” I wouldn’t be surprised if he does.

One final note: While Elmo was plotting to take over the world, Clash stole another show on regular TV. Using a voice strangely similar to Elmo’s, Clash portrayed the Baby Dinosaur on ABC’s Dinosaurs. The documentary makes no mention of this, but if you watched Dinosaurs, you got the feeling that Baby is Elmo’s dark side. He sticks his tail into electric sockets, beats his father with a frying pan, then has the nerve to sing about it. He’s a little brat. For some reason, I liked him a lot. 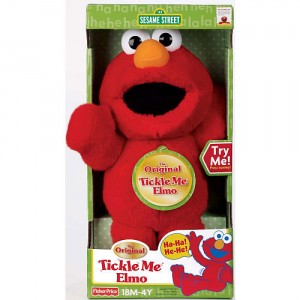 Roosevelt Franklin! I totally forgot about him. Way to unearth a memory, Odie! Nice piece, maybe I'll check out the film sometime.

"He was also smart, something the other Muppets he appeared with were always saying." <--- Hahahaha.

I wonder if any fellow Muppets ever praised Roosevelt for being so well spoken, too.

Lefty! My second favorite hustler (the first being Loot-tan Lennay.

Willie Tyler and Lester! They deserve their own BHM post, less for historical value than the possibility of some cheap, x-rated Odie jokes at their expense.

I like how you weave Clash's story with a history of the "urban" corners of the multicultural kids TV rainbow we grew up with. Remember Link text this?

Brian, unearthing memories is what we do here at BMV! Eventually it will get this site shut down!

Boone: Not only did they say Roosevelt Franklin spoke so well, they also said he fit the description. This is why he mysteriously disappeared. He's probably in Arizona State Penitentiary.

I enjoyed reading your blog. I see you offer priceless info. Will definitely come back for more of this.


Hi Odienator. This is so funny. You're never too old to play with Elmo. Never lose the child in you pal.