Every year, I add a new feature to the Mumf. We’ve had Imagery Saturdays, Musical Mondays, the When I Grow Up Series, and others. This year, I’m adding field trips. During Black History Month in my grammar school, the teachers would take us to a museum or a library to do “research” on Black heroes like Langston Hughes, Gwendolyn Brooks, Medgar Evers or the ubiquitous Dr. King. It got us out of the school yet continued our “studies.” So, this year, I’ll be sending you on three field trips during the Mumf. Don’t worry, I’m not shirking my responsibilities. I’m sending you to pieces I’ve written during the month of February at other sites. If you’re especially good, and don’t shoot the chaperones, perhaps I’ll take you to a movie too.

First up, mosey on over to Roger Ebert’s The Demanders Blog, where you’ll find five great writers including the current and former owners of Big Media Vandalism. Feel free to look around, but before you leave, check out my piece on The Black Power Mixtape: 1967-1975. That’s today’s entry at the Mumf, and I’d like to say a few words before you get on the school bus and head over there.

During my Budweiser-sponsored Black History Month lessons in grammar school, we rarely discussed any of the subjects in The Black Power Mixtape. I recall us mentioning Malcolm X in passing, and that’s about it. It was all Dr. Martin Luther King, Jr. and Rosa Parks and others in the non-violence movement. If you wanted more militant Negroes, you could occasionally find them on the “Great Kings of Africa” posters Budweiser provided us ever year. As I told you in 2008, we had to cut the Budweiser logos off the posters before we could display them on the wall. This was because we didn’t want to anger the Schlitz Malt Liquor Bull. 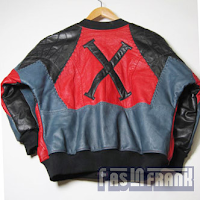 When I was 12, I was formally introduced to several books by members of the Black Power Movement and The Autobiography of Malcolm X. On your field trip you can read about how this occurred. I’ve read the book three times, in 1982, 1992, and 2002. I suppose it’s time for a fourth go-round in 2012. In 1992, I re-read the book to coincide with director Spike Lee’s movie version. Denzel Washington made a great Malcolm X, Delroy Lindo a superb West Indian Archie, and Al Freeman Jr. an uncanny Elijah Muhammed. The director turned the 24th letter of the alphabet into a fashion accessory slash marketing promotion, but I digress. In 2002, I re-read it because I’d met a professor who talked with me about what would have happened had the man once known as Detroit Red lived. We talked about how, as soon as the leader’s philosophy started to evolve away from the stance he made most powerfully for years, “he had to go.” I focused on the later passages of the Autobiography, specifically the Mecca pilgrimage.

Something else happened to me in 1982, and this was well before I started my year-long reading odyssey. I had my first personal brush with racism. People can tell you the pool water’s cold, but until you put your toes in it, you won’t know for sure. I knew racism existed, and I’d heard stories, from Black History Month to my family’s first-hand accounts, but I’d been shielded and protected. On this day, a group of White kids in the Jersey City Heights decided to follow my lost 12-year old self for several blocks before giving chase. I had been sent on the bus to sit with my sick brother at the hospital after school. I was a high school freshman, and a responsible kid despite my age. But I was also absent-minded, and I missed my bus stop. This meant I had to walk about 12 blocks to get back to the street I could turn down to get to my brother.

A block after I’d gotten off the bus, I passed a stoop with 7 or 8 White kids. They were about my age. I paid them no mind, even after one of them yelled out “Hey boy, what are you doing up here?” I kept walking and before I knew it, this sneering blond kid was on the left side of me. I still had both eyes at 12, so I could see him out the corner of my now defunct left eye. “You lost, boy?” he asked. I walked faster. So did he, now joined by another kid on my right. “We don’t like no niggers up here,” he told me. “Well, leave me alone and I’ll get from up here,” I thought. I was too afraid to say anything.

Some of the other kids started to follow. “Go home, nigger!” said someone behind me. Whoever it was started pulling my backpack, and since I went to a high school that had no fucking lockers, I was carrying 7 classes worth of books on my back.  The kid almost tipped me over, and that was when my fight or flight mechanism kicked in.

Now, I’d been jumped a lot in my old neighborhood, and I expected to be jumped here. What scared me was that something new had been added. I was used to getting the stuffing stomped out of me by Black kids in my neighborhood, but they usually called me Poindexter or Wannabe or Professor or Four-Eyes. These kids were calling me nigger, there were a few more than the usual “jump Odie mob” of 3 kids AND they were White. I’d never been in a fight with a White person before, and I wouldn’t have one until I was 24.

That’s right folks, I ran. Like Hell. With a ton of books on my back. I was a track runner, so I had a little speed despite my extra weight. A few of the kids ran too, screaming slurs, but either they weren’t fast enough or they were just making a statement. One of them yelled back in an odd faux-Southern accent “Y’all come back now, y’hear?!!” I can laugh about it now—did anybody but Dolly Parton in The Best Little Whorehouse in Texas say that?—but at the time I was traumatized.

I told my mother what happened, and she gave me a solid piece of advice. “Just because they look like you doesn’t make them your friend, and just because they don’t look like you doesn’t make them your enemy.” It made perfect sense to me, because everybody in my ‘hood who looked like me was whipping my ass every day. I’m surprised I didn’t hate all Black people after all that Black-on-Black abuse. I should have had more hatred than the Klan. Hell, I was light enough back then; I might have been able to pass well enough to join them.

So when I read all those books and speeches by people like Stokely Carmichael, Eldridge Cleaver and others, I identified with the desire not to sit idly by while violence was perpetrated on your person. Nobility had no place in an ass-kicking. My run-in up in the Heights, my numerous beatdowns for being a smart kid, and the words of these authors and speakers swirled within me, helping to forge my own racial identity. No, it didn’t turn me into any kind of racist, because my mother’s words superseded everyone else’s, even God’s, in my mind. But it did make me realize I was going to have a tough time being a geeky Black kid. I wasn’t going to have any safe haven. I was the wrong color and had the wrong brain. I was fucked.

Watching The Black Power Mixtape, I was reminded that, when I weighed Dr. King and the Black Panthers in my adolescent mind, I knew where I would have been in 1967. I would have had a gun, and Dr. King would have been that guy my Mom followed. Thankfully, the only weapon I’ve ever had to use to deal with issues of racism is my brain. The world would probably be safer if I’d just gotten that gun.

As usual, the teacher has rambled on while you stood patiently outside the bus. But I’m providing you a little context as a companion piece to the post at The Demanders. So please have a look at my piece on The Black Power Mixtape: 1967-1975.
Posted by odienator at 11:50 PM