Isaac Hayes, Bernie Mac and Rudy Ray Moore shuffled off this mortal coil in 2008, and with each of their deaths I thought about their contributions to the entertainment world and, more importantly, how I felt when I heard the news. The superstition is that deaths come in threes, and these came within three months of each other, two in August and one in October. I wrote an obituary on Dolemite here, and of the three, his passing seemed to be the least surprising given his age and his health. Bernie Mac was sick with pneumonia that, along with his lifelong lung problems, eventually proved fatal. Hayes was felled by one of Death’s favorite ways to colorize the afterlife, a stroke brought on by hypertension. Adding to the spookiness factor and superstitious nature of Black folks was that Hayes and Mac died within a day of each other and after appearing in Malcolm Lee’s underrated good time, Soul Men.

Of Soul Men, Roger Ebert wrote: “You want to say goodbye to Bernie Mac? He wants to say goodbye to you.” This perfectly encapsulated the feeling I got watching Mac’s interview during the closing credit of his last feature. So today, I would like to say goodbye, not just to Bernie, but to Ike and Rudy too. 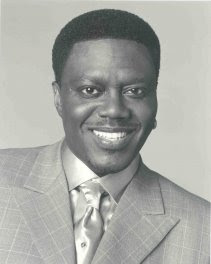 “I’ma bust your head down to the white meat!”
The first thing I thought of after hearing of Bernie Mac’s death was the trouble he caused at a political dinner. The Mac Man’s last major public appearance was at a formal party/fundraiser for Barack Obama. The comedian was chastised by the media, who reported that some people complained about the blue humor that flowed during Bernie’s routine. I guarantee you none of the complainers, if there actually were any, looked like Bernie Mac. As soon as he showed up, his fan base knew they were in for some political incorrectness at a political function. Obama should have known that you don’t invite a comedian to entertain polite company because comedians are pure id. Bernie Mac was pure Black id, which made him twice as unsuitable for a tea party. Obama chastised his fellow Chicago native, according to the news report, but deep inside, I’m sure he was laughing his ass off.

Bernie McCollough turned professional comedian at 19, and for the next twenty years gained an underground following that followed him as he clawed his way into the limelight. He never softened his ideas, which were anything but acceptable to the mainstream. His comedic themes remained even on his PG rated sitcom, The Bernie Mac Show. He still threatened incredible violence against misbehaving kids, bragged about his achievements, pretended not to care what his women thought of him, and made fun of the lousy things that happened to him and his family.

Like Richard Pryor, he pulled incidents from his life into his routines. Unlike Pryor, his Hollywood projects always fit him, capitalizing on his humor but occasionally showing off his acting skills. In Mr. 3000, Mac follows the Barry Bonds-like character he plays into darker and more dramatic territory than we expect, while still managing to make his selfish jerk character amusing. In Ted Demme’s lousy Eddie Murphy prison dramedy, Life, Mac’s sexual predator, Jangle Leg, is one of the few bright spots in the film. His scary leer and constant repetition of his name (“My name Jangleleg-jangleleg!”) is infectious, funny and creepy at the same time. Chris Rock’s eerily prescient presidential comedy, Head of State, benefits greatly from Mac’s arrival as Rock’s brother-in-law and VP candidate. He’s an unstoppable force of nature, punching people and being as politically incorrect as he probably was at Obama’s party.

In Bad Santa, director Terry Zwiegoff gives us the darkest character Bernie Mac played, and Mac holds his own against the powerhouse performance of Billy Bob Thornton. He brought edgy amusement to the Oceans 11 series and to the Charlie’s Angels sequel. And in Soul Men, he looked like he was having a wonderful time singing and dancing with his longtime friend Samuel L. Jackson. Who knew the Mac Man could not only sing but also reclaim the word muthafucka from the king of muthafucka saying?

Perhaps Bernie Mac’s greatest example of his talent came in Spike Lee’s Original Kings of Comedy. Lee had used Mac before, in Get on the Bus, but Kings gave us Bernie doing what he does best, telling us just how much he doesn’t care what we think about his antics. In a show full of hilarious comedians, Bernie Mac stood out, not just with the scary force of his routine but with the stylish way he dressed and moved. When he said he’d hit your kids with a hammer if they acted up, you almost believed it.

Everyone who worked with Mac spoke highly of his desire to entertain the cast and crew, even when the cameras were off. Some of these scenes pepper the closing credits of Soul Men, and you can see the joy he took in entertaining people. Listening to him discuss his methodology at the end of Soul Men made me feel his loss deep down in my soul. Goodbye, Jangle Leg. 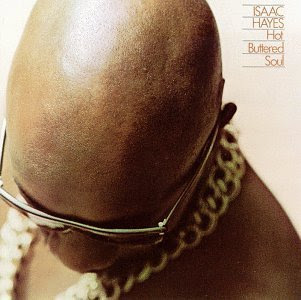 Every Sunday morning, I can hear the church sisters say
‘Hallelujah, Hallelujah,’ Trusting the Lord to make a way, oh yeah;
I hope that He hears their prayers,
because deep in their souls they believe,
Someday He’ll put an end to all this misery
That we have in Soulsville
-Isaac Hayes, Soulsville

Isaac Hayes started out at Stax Records, writing and arranging songs for groups like Sam and Dave. Before breaking into film scoring, he wrote some of the classics we know and love, songs like Soul Man, Hold on I’m Coming, and When Something is Wrong With My Baby. After losing the part of Shaft to Richard Roundtree, Hayes stayed on to memorably score the film. His mostly instrumental theme song, Shaft, not only became a classic but his performance of that song on the Oscars remains a high point in how to scare the ever-loving shit out of people with your Blackness. Hayes showed up on the Oscars stage wearing a shirt made out of gold chains and a bald head, accompanying a slew of dancers popping out of unexpected places. He sang about a bad mother-shut-yo-mouth and took home something gold and bald headed for his trouble.

Hayes showed up on screen occasionally, but his biggest contributions were to the music played in our houses over and over. His album Hot Buttered Soul extended songs out to 10 minutes, and his deep, melodious voice lent itself not only to remakes but to several years of South Park (before he had his Scientology freak out).

Onscreen, I’ll remember Hayes for his hilariously bad rendition of Grazing in the Grass in I’m Gonna Git You Sucka. On record, besides Shaft, I’ll always be grateful for the brilliant instrumental that opens his cover of Walk on By, and Soulsville, one of the greatest ghetto protest songs ever written. “Black man, born free, at least that’s the way it’s supposed to be,” begins the best song in his Oscar nominated score for Shaft. Right on, brother. Rest in peace, Black Moses. 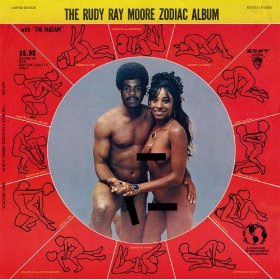 Rudy Ray Moore influenced both musicians and comedians. Appearing in several extremely bad but unforgettable movies in the 1970’s, Moore brought the rappin’ and tappin’ style from his comedy albums to the big screen. His most famous character was Dolemite, a pimp whose way with words matched his way with the ladies. He’d cuss you out, disembowel you with his bare hands, and run off with your woman. Even in his lone PG-rated film, Monkey Hustle, Moore was not suitable for the faint-hearted or easily offended. This is the man who made a movie where his character was born 8 years old and preceding a watermelon.

Moore had to be the most shameless performer in Blaxploitation, frequently appearing nude both onscreen and on his album covers, cavorting with women who must have been either paid well or blind. Moore’s paunch and his flabby ass were terrifying but that never stopped him from getting his onscreen. Reading this from the afterlife, I’m sure Moore would use his favorite word to describe me: muthafucka. I’ve heard that word thousands of times in my life, and I don’t think anybody said it better than Rudy Ray Moore.

Fans from Snoop Dogg to Chris Rock cite Moore as an influence, and he worked in underground comedy until they put him underground. He’ll be missed, if only because he taught me that eating out isn’t just something you do when you go to Mickey D’s. If there’s a way to re-enter life, Dolemite will be back.
Posted by odienator at 5:12 PM

Yes, that's a whole lot of Soul® to go in the ground in one year. Eloquent triple eulogy, Odie.

And I either didn't know or plum forgot that Moses won the Oscar for SHAFT. That clip resonates beautifully with the times. I wish Obama had dressed like that for the inauguration, complete with shiny bald head and shades.

I had to good fortune to meet Clarence Reid, a.k.a. Blowfly himself, backstage at one of his comeback gigs about a year and a half ago. One topic that came up was the possibility of him and Rudy Ray Moore doing a few gigs together, Rudy Ray's health permitting, which sadly didn't happen. I still have two of Mr. Moore's records, and it's easy to tell from comparing his album covers to Blowfly's that there was considerable influence there.

As a tie-in to another post, maybe even more hilarious than Moore's many over the top album covers was Redd Foxx's for Pass the Apple, Eve. :) Worth an ebay bid if you can find it.

That's not Rudy Ray Moore on the cover of the Zodiac Album...