Get to Know Your Movie Negroes: Part II 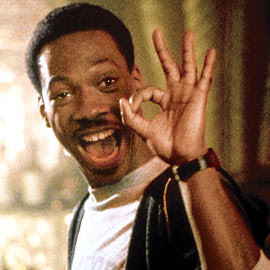 It’s the return of Get to Know Your Movie Negroes, the show that tells you, through the power of song, a Who’s Who of Blackness on your screen. Like last year, Bob from Sesame Street is inadvertently helping me by providing the melody I sampled.

Now the Boss Negro yells at you!
He’ll take your badge and say you’re through.
He thinks he’s the H.N.I.C.
But no one takes him seriously.

Look at police chiefs in movies, and I’m sure you’ll find some Boss Negro screaming at White folks (or even Black folks) demanding their badges and then having to eat their words when their underlings prove to them that they overreacted. Look at Gilbert Hill in Beverly Hills Cop for an example. I bet if Norman Jewison showed Sidney’s boss in In The Heat of The Night, he would have been yelling “Tibbs, if you help that racist Southern cracka, I’ll have your goddamned badge!!” Next verse! 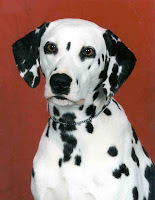 Now the Token shows up with Whites,
But never gets character’s rights.
Whether film or animation,
He’s the one spot on that dalmation!

Ever watch a movie and there’s a group of people, like 18 White folks, and then out of nowhere there will be a smiling Black or Asian person in the group? He or she never says shit, or if they do, it’s completely worthless dialogue that could have been cut out of the movie quicker than Lena Horne in the South. Why is this person there? It’s pure pandering! I can accept that there are plenty of places where you won’t find minorities. I’ll always hold it against Charles Schulz for putting Franklin on those Peanuts TV specials. He could have at least given the bruva an Afro. Or a line to say. Final Verse.

Now the hoochie she shows her ass.
She’ll jump in bed with men quick-fast.
She’ll shake what her mama gave her.
Black image she does no favors.

Cuz the hoochie’s a Negro in your cinema,
On your videos
And on BET.
And The Boss and the Token are in cinemas
They’re the people that you meet
When you’re in your theater seat
They’re the Negroes Ho’wood makes us play!
Posted by odienator at 11:24 AM