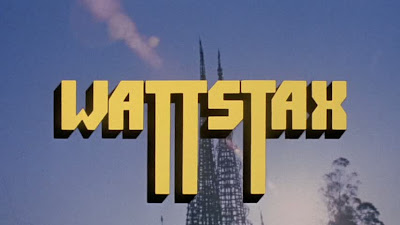 In August, 1965, the neighborhood of Watts in Los Angeles erupted in four days of rioting after the DUI arrest of Marquette Frye by the California Highway Patrol. The residents of Watts, Black, poor and tired of feeling oppressed and disrespected by police expressed themselves in a way that caused 34 deaths, injured 1,032 and caused $40 million in property damage. In August, 1972, the citizens of Watts came together in a far more peaceful community expression. At the beginning of Wattstax, Mel Stuart’s concert film, Richard Pryor describes it thusly: 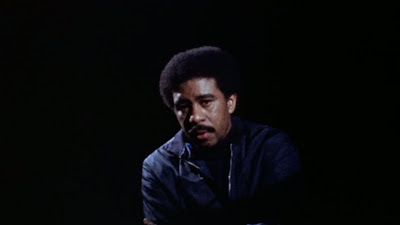 “All of us have something to say, but some are never heard. Over seven years ago, the people of Watts stood together and demanded to be heard. On a Sunday, this past August, in the Los Angeles Coliseum, over 100,000 Black people came together to commemorate that moment in American History. For over 6 hours the audience heard, felt , sang, danced and shouted the living word in a soulful expression of the Black Experience. This is a film of that experience, and what some of the people had to say.”

Wattstax is the 1973 film of this Los Angeles Coliseum concert, sometimes referred to as the Black Woodstock. The concert, and the film, took its name from the combination of Watts and Stax, the Memphis label that brought us a different kind of soul than its rival in Detroit, Motown. Stax, whose record labels were yellow with a snapping Black hand on them, gave Salt n’ Pepa a career of samples to use. It was the home of Otis Redding, Booker T. and the MG’s, The Staple Singers, Rufus Thomas and his daughter Carla, The Bar-Kays, Sam and Dave and the writer of numerous Stax songs for others and himself, Isaac Hayes. Several of these acts appear in Wattstax at a concert that charged a dollar for admission. Hayes, the biggest Stax star of the time, sang two songs from the Shaft soundtrack, but until 2003, this footage was never seen by viewers of Wattstax due to MGM’s refusal to release the rights to this Columbia release.

Richard Pryor, years before Silver Streak, Live in Concert, and Twin Peaks: Fire Run With Me, is your master of ceremonies for Wattstax. It’s a role he previously assayed in the horrible 1971 film, Dynamite Chicken, and like that film, he appears in hilarious stand-up comedy bumpers whenever the main feature takes a break. Wattstax also features commentary from numerous people in the Watts community, including

Raymond Allen and a grey mustached Ted Lange. The former took his Watts ties over to Sanford and Son, playing the perpetually drunk husband of Aunt Esther. The latter wound up in much more dire straits as the token Negro on The Love Boat. They and others discuss various topics including the riots, women (Black and White), church, and the word nigger. That word gets a major workout in Wattstax, but none of the singers ever utter it.

Watching Wattstax brought back a lot of memories for me, from hearing both the music and the conversations. Seeing all the Afros and bad 70’s clothing took me back to my Superfly coat and hat and my bushy Afro.  We had all the Stax records, from Hayes’ Black Moses to Rufus Thomas’ Do the Funky Chicken, one of my favorite songs as a kid. My aunt loved Staple Singers songs, and I loved Mavis Staples so much that, when I was a teenager, I dreamt that Pops Staples beat my ass with his guitar because I grabbed Mavis’ titty.  Still reeling from that guilt all these years later (remember, the Staple Singers were originally a gospel group), I kept my eyes in my head during their musical number in Wattstax.  Melvin Van Peebles, no stranger to breasteses, introduces the Staples’ Respect Yourself. 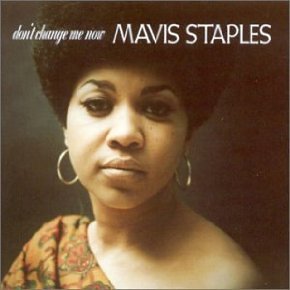 The Los Angeles Coliseum is packed with Black folks, dancing in the stands and singing along with the entertainment. Director Mel Stuart and his director of photography John Alonzo provide numerous shots of audience members, especially if they’re hot chicks wearing short skirts and booty-choker shorts. The DVD of Wattstax I got from Netflix looks like shit, but the audience’s energy was so infectious I wanted to climb into the screen. No, not to get to Mavis! I swear!

Every kind of 70’s hairstyle, from Afros to Afro puffs to cornrows and pigtails was displayed. One talking head from the neighborhood sported a hairstyle that looked like the UltraPerm from Hell, and several other talking heads were depicted getting their Afros trimmed and picked at a barber shop. The nostalgia was overwhelming as I ran my hands across my bald (by choice, folks) head.

In the privacy of my own house, I danced with impunity the Funky Chicken with Rufus Thomas, who comments on his ridiculous pink outfit with the title of this post. 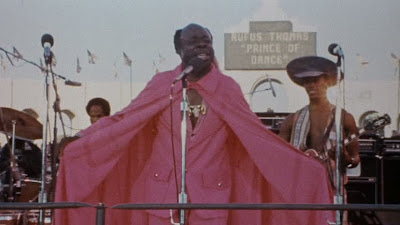 "Can I ask y'all somethin'? Ain't I'm clean?!!!"
I laughed at how easily Thomas gets the crowd, who had rushed the field during his number to do exactly what I was doing, to go back to their seats. I sang along with Luther Ingram’s If Loving You is Wrong, I Don’t Want to Be Right and Johnnie Taylor’s Odie’s, I mean Jody’s Got Your Girl and Gone. The Emotions’ Peace Be Still, set in a Watts church, almost made me want to go back to church.

Pryor’s commentary is a series of riffs on ghetto life, from winos to women, and the editing makes it seem that his commentary leads to further comments from the Watts community. Women and men discuss relationships and it’s interesting to hear just how differently people thought back then. Jesse Jackson, back when he was respectable, opens the concert, and it ends the way Wattstax should have in 1973, with Isaac Hayes singing perhaps his best song, Soulsville. Dressed in a knee-length shirt made of gold chains, Hayes cuts quite the figure of gaudy machismo. 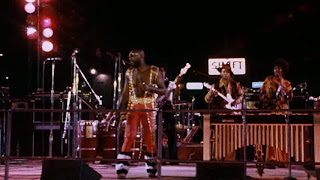 It’s impossible for me to try to review a concert movie for you, as it is an experience that words really can’t convey. So allow me to close out with two memories from my youth that came to me while watching Wattstax. 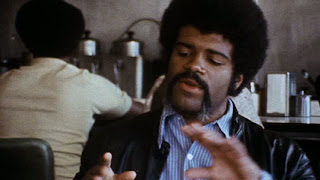 Ted Lange tells a story about when he was first called a nigger. Immediately, my mind went back to when I was 12. I had to travel after school to a predominantly White part of Jersey City to stay with my brother in the hospital until my Mom came at 8PM to stay the night.  I took the wrong bus and wound up about a mile from the hospital. As I walked back, I passed this group of White kids on a stoop. I didn’t look at them until one of them shouted at me, “Hey nigger!” I turned around to find the entire group following me. They surrounded me and called me everything but a child of God, but I kept walking. I was terrified out of my mind until one of them said “Y’all come back now, y’hear?!!” I had never heard anybody but hillbilly White folks on TV say that to each other; it had nothing to do with the racial slurs they were spewing. So I started laughing hysterically, which made them mad as hell. They chased me the rest of the journey but, considering I’d spent most of my childhood running from dogs in my neighborhood, I outran all those kids, running straight into the emergency room. My location was appropriate because it felt like I was about to have a heart attack from my ordeal.

On a lighter note: During the Emotions’ gospel number, a woman in church gets hit by the Holy Ghost.  Black folks in my church called it “getting happy.” I’ve told this one before: In my church, there was this woman who got happy every week. We thought God was touching her more than necessary, but then we realized she was full of shit. She was doing it for the attention. Those nurses at my church would grab her when she started getting happy and drag her out of the church as if she’d just bombed on Showtime at the Apollo. When kids in my neighborhood would visit our church, I’d bet them a quarter that I knew who would get the Holy Ghost in church that day. They’d always take the bet, because who God was gonna touch in church was a mystery…except at MY church. I made a good amount of post-church junk food money that way, spending it on Drakes Coconut Jumble cookies. I am so burning in Hell.

Your Homework Assignment:
Look out for Pops Staples. He wields a mean guitar. 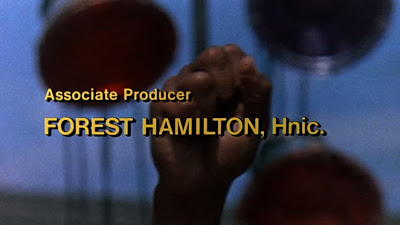 Now THIS is a movie credit!
Posted by odienator at 11:52 PM

I've wanted to see this for quite awhile. I might just finally have to check it out.

Chuckle of the Day Award for that "Twin Peaks: Fire Run With Me" bit also...

I've been trying to join that guild for years. The H.N.I.C. They keep telling me, "Try again next year, youngblood.."

Thanks for this appreciation of my favorite concert film and a strong candidate for Blackest Movie Ever Made. (I wonder what your Top Ten for that category would be?)

The Rufus Thomas segment always chokes me up. How could such a fun, silly performance get a somber reaction from me? Well, when you think about how much of a happy family the folks gathered at the concert seemed to be at that moment, and how effortlessly strong a father figure Thomas was to those thousands... it makes you sad for what happened to us in the intervening decades.

I remember my own neighborhood, the south side of Mt. Vernon, NY, before the crack explosion. We could play in the streets beyond dusk, neighbors looked out for each others' kids, etc. By the end of the '80s, it was like we'd been firebombed. The so-called ghettos have never recovered from what the drug trade did to our sense of community in an already difficult situation. The 70's now seem like a beautiful respite from tragic history. It was like we were really going somewhere, together, to a steady beat.

My older sister and brother had run-ins with racist wolf packs similar to the one you escaped back then. The worst I experienced back then was skipping rocks in a parking lot when a white cop came out of nowhere and looked down on me with murder in his eyes: "Put down those FUCKING ROCKS, you little n--" catching himself before the train whistle could. Man, I was, like, seven. But I already knew what word he omitted.

Yes,drugs have effected a lot of people, ruined a lot of lives. I hate to see it too. Just think what people could have done with their lives if not for such an entrapment, and that's what I consider it. It's an entrapment, because once you start it is hard to escape.

I don't know what it will take to prevent more from thinking they can do the drugs and not become addicted. The only sure way not to have to live with an addiction is never to start it in the first place. I wish we could teach the young people this. I wish they would listen.