Since Black History Month was brought to my grammar school by Budweiser, it’s only fair that Black History Mumf acquires a sponsor. I tried to get the Schlitz Malt Liquor bull, but apparently he’s in Arizona State Penitentiary on trumped up vandalism charges--something about busting through the wrong wall.  Aunt Jemima and Uncle Ben wanted too much money, and Old Spice was out because being around Ray Lewis, soapy or not, can get your ass killed. The National Association of Chitlin’ Pots said yes, but I couldn’t get close enough to their headquarters to sign the paperwork. The smell was just that overwhelming.
One product said yes, and  when you find out what it is, I hope you can forgive me for selling my soul to corporate capitalism. The Mumf will continue after this important message.
And now, a word from our sponsor: 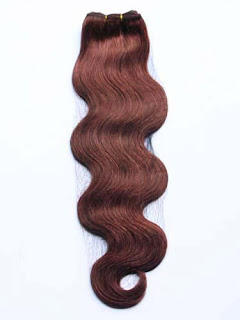 (Roll Commercial)
You walk downstairs,
With plenty more hairs,
Your ‘do was made to deceive.
That thing you fling that costs more than bling.
Everyone knows it’s We-eave!
It’s We-eave!
It’s We-eave!
From Sinead to Chaka you’ll go!
It’s We-eave!
It’s We-eave!
Don’t think that people don’t know!
The price will  make you a ho!
Weave(TM) is the perfect sponsor for this year’s piece under the Quick and Dirty banner, Good Hair. Comedian Chris Rock made this documentary in response to his daughters asking him why they didn’t have good hair. The term “good hair” is something I’ve heard Black folks say my entire life. My mother always said she didn’t get it, nor did I. Rock isn’t the first comedian to tackle the subject; Whoopi Goldberg did it In her one woman Broadway show (“this my long luxurious blonde hair…”) But Rock takes it further than mere comedic gold. He wants to find out from actresses, activists and even a barber shop exactly why Black folks are obsessed with making their hair look unnaturally straight.
I shave my head now, but when I had hair, it was the kind that went “nap, crackle, pop” when assaulted by a comb. I accepted this. As long as I kept it groomed and combed, I was fine with the way it looked. Now that I’m like Fuzzy Wuzzy the bear, you may notice, if you get close enough to me, that a little piece of my ear is missing. Nothing overly noticeable, just a nick made when my ear got caught in a pair of clippers when I was a kid. I know a lot of Black guys who have chewed up ears courtesy of the old school clippers. Your ear would get stuck in the motor or some shit and BZZZZT! And it’s not like I have Will Smith ears or ears like Dondi the comic strip character, either. The clippers just seemed to find them whenever my Pops or my aunt cut my hair.

Every Black woman I’ve ever been with has had crispy ears. The top of their ears have these burned up parts, and I know where they got that from: our pal, the STRAIGHTENING COMB. Madame C.J. Walker invented it, and she must have had stock in Silvadene because every woman my age and older has a burnt ear story. When my cousin got her hair straightened back in the day, I’d pull up a chair in the kitchen to watch. I’d see the comb sitting in the gas stove flame, and my cousin fidgeting on a metal chair. My aunt would pull that comb out of the fire and spit on it. The comb would go TSSSSSZZZ! Then, she would proceed to run this hot piece of metal through my cousin’s Afro. You could smell hair burning. If my cousin moved, my aunt would yell “sit still, dammit!” 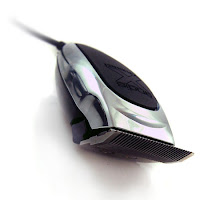 You know how some people watch NASCAR in anticipation that someone’s car will blow the fuck up? Well, I lived for the moment when my aunt accidentally hit my cousin’s ear with that hot comb. “AAAAHHHHH! MOMMY! MOMMY! AAAAAAAAAAHHHH!” she’d yell. And I would LAUGH. When my laptop battery exploded a few years ago, and I got second degree burns on my arm, I knew that was karma catching up with me for all the times I giggled at my cousin’s agony. Incidentally, I once straightened my hair, and even with one eye, I managed to avoid burning myself. (I looked ridiculous, like an electrocuted porcupine.) The other day, however, when I was shaving my head with my clippers, my ear went right into that shit. BZZZZT!
In Good Hair, no one has any crispy ear stories. But more than one of the actresses Rock interviews discusses the fiery sensation of an UltraPerm. By the time I’d come along, conks weren’t made with lye anymore. Dark and Lovely touted the “no-lye relaxer,” which just meant that they found another  chemical that could fry your scalp just like lye used to do. We are told that hair can become addicted to UltraPerm. Several of the interviewees call it “creamy crack,” and they all say that it burns the scalp. None of the women can articulate exactly what the burn felt like, but I bet my cousin said it best: “AAAAHHHHH! MOMMY! MOMMY! AAAAAAAAAAHHHH!” Rock even gets a scientist to show just what lye can do to an aluminum can. When the scientist pulls out what’s left of a can that’s been sitting in lye over an hour, Rock looks at the sliver of metal and says “so that can got a good perm?”
A good portion of Good Hair is devoted to Black History Mumf’s sponsor. Nia Long, Raven-Symone and Salt ‘n Pepa, among others, talk about their weaves. They treat them like one of the family, and speak of them the way one speaks of a good friend. They also warn men of something I’ve known a long time: DO NOT touch the Weave! To paraphrase Jim Croce: You don’t tug on Superman’s cape, you don’t spit into the wind, you don’t pull the mask off the old Lone Ranger and you don’t touch a Black chick’s hair. Pepa tells Rock that her weave cost $5,000. At one hair salon, the hairdresser tells us she has a layaway plan for hair. As soon as the woman finishes paying off one weave, she puts a downpayment on another. Women in the beauty salon readily admit to screwing a man they did not want to fuck for weave money, and Reverend Al Sharpton (who probably has crispy AND chewed up ears) comments that some people don’t have lights on in their house because they use their money to buy hair God didn’t stick on their heads. 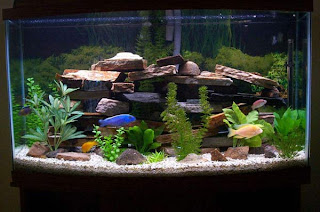 These scenes, and ones where Rock goes to India to find the source of Weave(TM) are interesting and entertaining, but I wanted to know more. He also only touches on the notion that Black women spend all this money on hair yet Black businesses receive little of the profits because they’re being forced out of the game. Instead, Rock focuses on his framing device, an annual hairstyling contest in Atlanta on which no self-respecting comedian could resist  commenting. The contestants feature a White hairstylist who gets Botoxed and has hot, half naked models in his show, a flamboyant diva whose rule bending creativity goes unpunished, and a woman who decides she’s going to cut her model’s hair underwater. She loses, because nobody understood why the hell she was cutting some woman’s hair underwater at a dance club.
The one question Chris Rock doesn’t answer definitively is Why? Why burn your scalp up? Why take out a second mortgage so you can get a weave? What brought us to the point where going natural was a no-no. While I wouldn’t expect to see Afros running around today, I would be happy to see more Black women with natural looking hair. But who am I to dictate that? Ice-T, who tells his own conk-burning story, provides what may be the central theme of Good Hair. Chris Rock must have known this, as this is the last line in the film.
Ice-T: Trust me, if a woman ain't happy with herself, she's going to bring nothing but pain to every fucking body around her.
“AAAAHHHHH! MOMMY! MOMMY! AAAAAAAAAAHHHH!”
Your homework assignment:
Write “Shit, that ain’t nothin’ but an UltraPerm 100 times.”
Posted by odienator at 3:57 AM

My fiancee went natural 3 years ago (sisterlocs). Thank goodness, especially after watching this.

Battle of the male "good hair": Arsenio as the preacher in the referenced COMING TO AMERICA, or Glynn Turman after being possessed in JD'S REVENGE?

Glynn Turman for sure, Hal! Arsenio's conk looked like my hair after I straightened it. Turman--now THAT was a Perm with a capital P.

I've been puzzling over when 'good hair' became 'white person hair'. I grew up in the 70s when Afros were the rage, and in the 80s even white women had cornrows (thanks, Bo!)

Black women used to take some pride in the fact they didn't look like everyone else. I'm not sure why and when that changed.

Ohh, I remember the straightening comb quite vividly, brother. It supposedly set your hair up for the slickest of homemade haircuts. I guess so, but my singed scalp and earlobes didn't much care how fly I looked. I might be misremembering, but I think my mother also used to hot-comb my hair in preparation for a WAVE KIT. But it's hard to imagine deploying S-Curl chemicals on top of a scalp still reeling from a hot comb ground assault.

After the smoke cleared, the result was something like this
http://media.photobucket.com/image/head%20full%20of%20waves/suwarnaadi/360hairwaves.jpg

Great articles this year, Odie, the best yet.