As is custom, I am entitled one political statement here at Black History Mumf. Last year, I forwent it in exchange for an episode of The Pondering Odie. The host of that show, Octo Rooney, provides Andy Rooney style musings from inside my head. This year, I decided to merge both political and movie ponderings together. I separated them so you could bail out if you don’t want to deal with just how mean Octo Rooney can be when it comes to politics.  Tomorrow’s a double feature of movies to celebrate President’s Day.
Movie Pondering
1. Did Black folks go to see Stepin Fetchit, Mantan Mooreland and Willie Best movies back in the day? And if they did, was it because they were starved for a person of color onscreen? Or did they actively enjoy seeing these people with their coonery because, on occasion, they'd get the better of the White characters exploiting them in the movies? I won't lie and say I didn't enjoy Gone with the Wind as a cinematic spectacle, but much of my enjoyment came from the fact that I knew Hattie McDaniel was fucking Scarlett O'Hara up when the camera was elsewhere. Scarlett would push Mammy, but if you watch closely, you can see McDaniel giving her some of the same looks my mother gave me when I embarrassed her in public. A swinging hand sometimes followed those looks! The book and film versions of The Celluloid Closet point out a buttload of coded gay symbols in old Hollywood, items that gay people picked up as they flew over the heads of everyone else. I've watched a lot of these coon and Tom movies, and sometimes, I swear I picked up on things the actors did under the radar, like Gitlow does in Purlie Victorious. Am I crazy?
2. The Karate Kid remake continues an under-the-radar tradition, started by Enter the Dragon, of Blacks and Asians partnering to kick ass and take names. Except unlike the other movies in this sub-genre, films like Romeo Must Die and Brother, The Karate Kid was actually good. The Asian stereotypes are that they are incredibly smart and have little penises. The Black stereotypes are that we're stupid as hell and hung like horses. Is this merely coincidence, or the best case of Opposites Attract since Paula Abdul and MC Skat Kat? 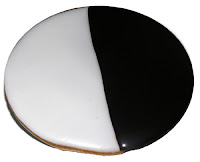 3. Which Jungle Fever Cookie style movie was more hilarious and unbelievable: Obsessed or Lakeview Terrace? I vote for Obsessed because it played less like reality and more like a cathartic crowd pleaser for pissed off sistahs whose men ran off with White women.
4. When was the last time you saw a Black character in a mainstream movie acknowledge their Blackness by doing something proud and/or militant? I had it right in my BHM opening shot 2010 when I said "post-racial America" meant that we had all turned White. It is no longer socially acceptable in this day and age for any minority to be proud of his or her race, but this was foreshadowed decades ago by cinematic Sidekick Negroes. Think about it. When was the last time you saw minority pride? I'm not talking about Black themed movies, either, though I should extend the question to include them.
5. Since Hollywood keeps adapting TV shows into movies, how long will it be before we see Good Times: the Movie? And who’s going to play J.J.? I vote for Marlon Wayans.
6. What the hell happened to that Halle Berry movie where she has a racist, White split personality? Now THAT is truly a tragic mulatto! She got a Golden Globe nomination for it, and then the movie vanished into thin air. They must have known I wanted to see it! Maybe there will be a sequel where she adds a Mexican personality, and the racist White personality tries to have it deported from her mind. You know who else needs a racist, White split personality? See #7.
Political Pondering 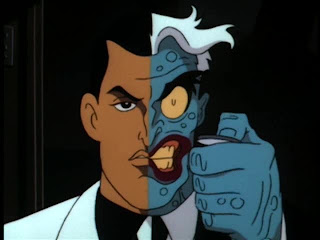 7. Would it help if Barack Obama had a racist, White split personality? If he started hearing all the shit that Fox News and cartoonists and others are popping—if he heard that shit in his head—he might actually have the LOOKEEHERE moment I’ve been hoping he’d have for the past 2 years. Remember, he’s biracial, so unlike me, he can say “cracka ass crackas” and get away with it.  There’s no respect for you already, Mr. President, so come on down to their level! I’ll keep asking for this until a) he does it or b) he doesn’t get re-elected and THEN he can do it.
8. Normally, I don’t help dumb muthafuckas out, but this one’s for y’all who keep trying to get Obama’s Presidency revoked by attempting to negate his birth certificate. Screw that, people!! Here’s an easier way: Photoshop a picture of the President and some half-nekkid woman, then e-mail this to the First Lady. She’ll whip Obama’s a--you know what? Scrap the bitch in the picture—photoshop the Prez next to a half-nekkid Barney Frank wearing a burqa. The First Lady wouldn’t believe that, but if you leak it to TMZ, you’ll energize the anti-Muslim and anti-gay people. Wouldn’t that get you a quicker impeachment?
9. If women are technically a minority, is there such a thing as an “Uncle Tom” for women? If so, what is she called?
10. America does not celebrate losers. There are no ticker tape parades or Sports Illustrated commemorative editions for losing teams. Nobody’s wearing a “2001 World Series Losers NY Yankees” T-shirt. Americans don’t have time for, nor do they celebrate, the losers. So why the fuck does the South keep celebrating the Confederacy? 2011 brings a celebration commemorating the 150th anniversary of Jefferson Davis becoming head of the Confederacy. Since I’m not picking cotton, being called Toby and getting my ass whipped with a whip right now, it’s safe to assume that my public school history class told the truth: The South Lost.  At least for us brown folks, it’s a good thing they did. The longing for a prior time, when White men ruled, women were powerless and Blacks were property, is just plain sickening to Black folks. We don’t celebrate the losers here in America. Why do they keep celebrating these particular losers?
Posted by odienator at 11:36 PM

I think the answer to #9 is: Ginny Thomas.