Get To Know Your Movie Negroes Part IV


The reports of my death have been greatly exaggerated! Our big work conference was a major success, and my two big presentations went quite well. I even managed to win Consultant of the Year, which shocked me to no end. I’m back on duty now, and I’ve got catching up to do. It’s time to bring out Black History Mumf’s annual sing-a-long! I've done it three times before. Part IV dead ahead.
Get to Know Your Movie Negroes tells you, with a little musical help from a song Bob sang on Sesame Street, all about the Folks you’ve seen in movies. After three years of singing, I thought I’d run out of types to sing about, but oh was I wrong!  It’s an ALL TYLER PERRY edition! After all, he has singing in his plays; it’s time to return the favor.
Sing along!
Ohhhhhhhhh oh!
Who are the Negroes in your Cinema?
In your cinema?
In your cinema?
Yes, who are the Negroes in your cinema?
They’re the people movies make us play! 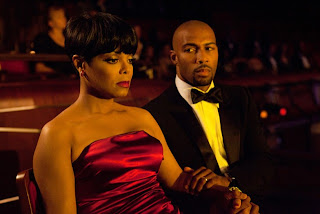 Now the Jackson who’s named Janet,
When on Tyler Perry’s planet,
Will always make her husband itch,
Because she always plays a bitch!
‘Cuz Miss Jackson’s a Negro in your cinema!
In your cinema!
In your cinema!
Penny from Good Times is a Negro in your cinema!
She’s Miss Jackson because I’m nasty.
(Janet Jackson is far from a great actress, but she seems to inspire some of Tyler Perry’s most absurd and out there scenes. Look at her batshit crazy "You want to be a bitch, well there's your man!" scene directed at her husband in Why Did I Get Married Too? Or the way Perry shoots some of her glares in For Colored Girls. To the next verse!) 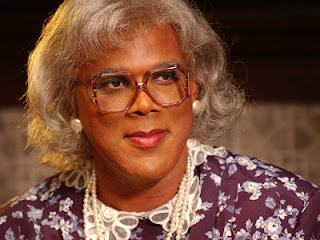