Notes on a Film Version of Native Son 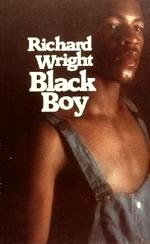 When I was a junior in high school, we did a year of American literature. There was no Shakespeare, which made more than a few people happy. Instead we got Eugene O’Neill’s Beyond the Horizon and Thornton Wilder’s Our Town. We also got something unprecedented, at least from my teenage perspective. We were given copies of a book with an R-rated level of profanity, sex and violence: Richard Wright’s autobiography, Black Boy. A few people flunked the customary “did you read the book” pop quizzes for O’Neill and Wilder, but I guarantee you EVERYBODY aced the Black Boy test. “Keep it clean,” begged our teacher after asking us questions for which the answers were gleefully dirty.

Our final term paper that year allowed us to select from several topics. One topic was to read Native Son, Richard Wright’s 1940 fictional novel, and compare it to his 1945 follow-up, Black Boy. I chose that topic, but I never wrote that paper. I found myself somewhat confused by Native Son’s protagonist, Bigger Thomas. My 15-year old brain interpreted the novel as stating that the only way a Black man could leave his mark on a country that didn’t want him was through rape and murder. Of course, Wright’s novel is much more complicated than that, but that’s what I got out of it at 15. Life was too short for me to type on my Smith-Corona a paper I was going to despise, so I chose another topic. 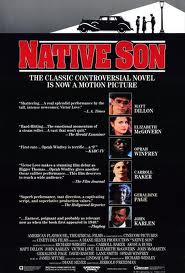 Later that same year, a movie version of Native Son hit theaters. It starred Carroll Baker, Matt Dillon, Elizabeth McGovern, Geraldine Page and Miss Sofia herself, Oprah Winfrey. A newcomer named Victor Love played Bigger. Adapted from Wright’s novel by Uptown Saturday Night scribe Richard Wesley, this version sanded most of the rough edges off Wright’s novel, almost to the point of whitewashing, but I’ll always remember two things about it. One, there’s a killer emotional scene between Winfrey and Baker, who play the mothers of Bigger and Bigger’s first victim respectively, and two, Victor Love’s performance made me rethink Bigger Thomas. He allowed my still maturing teenage mind some clarity and reflection on my original assessment of Native Son.

I haven’t seen the 1986 version since, but I have re-read the book in my 20’s and my early 30’s. I discovered I still had a Bigger Thomas problem, though I became far more conflicted with each revisit. I understood him more as I got older and had more vicious experiences with racism, but I just couldn’t commit to some of Bigger’s thought processes. They just seemed too stereotypical. This surprised me, as by my second reading I’d already immersed myself in existential novels like Camus’ The Stranger, the dark, violent world of both Chester Himes’ ghetto fiction and factual novels like Eldridge Cleaver’s Soul on Ice.  There were parallels to be made between all these things, which I enjoyed, and Wright’s novel. Yet for some reason, I just couldn’t forgive Bigger Thomas for some of his sins. But I always return to see if I think differently. The mark of a great piece of literature is how it challenges, shapes and reshapes one’s perspective on it, no matter how problematic the world it creates may be.

This year’s Noir City Festival, which I’m slowly covering over at our sister blog, Tales of Odienary Madness, gave me another reason to revisit Bigger’s world. The Castro Theatre showed a print of the rarely seen 1951 version of Native Son in a complete version not seen in its original American release. The story of how it came to fruition is fascinating. Back in 1941, a stage version of Native Son, adapted by the author, was directed by Orson Welles. (That Welles kid liked to cause trouble, n’est-ce pas?) Canada Lee, the famed Black actor, played Bigger onstage and was slated to bring the role to the screen. But the novel itself was so controversial and so hot that no studio would touch it. It was certainly not going to play in the South unless the censor edited out everything but the studio logo and “The End.” 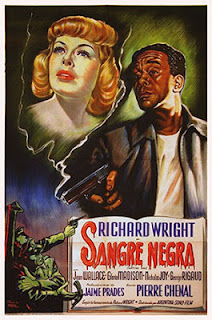 By the time a film version was underway, with a French director and a producer from Argentina, Canada Lee was too old to play the 20 year old Bigger. He dropped out, leaving the film without a lead. The director, Pierre Chenal, asked Richard Wright to play the role. Wright, who adapted the novel for the screen with Chenal, declined, citing his age and his non-actor status. Chenal told Wright to play what he felt when he wrote the novel. Wright accepted the role, and received a vicious beating from the critics. More than one critic had some racially tinged comments about Wright’s acting—I’ll return to this type of critical response when I discuss Claudia McNeill in A Raisin in the Sun later in the Black History Mumf series.

Let me get this out of the way right now: Richard Wright is not a very good actor. In fact, most of the people in this film were not actors, and it’s glaringly obvious who is and who isn’t from scene to scene. Yet  Wright is effective at physically conveying Bigger’s discomfort, his fear and his cruelty. When the rich White daughter of Bigger’s employer and her Communist boyfriend invite Bigger to sit in the front passenger seat of the car he should be driving, Wright makes you feel his discomfort; this is clearly against the rules, and it might cost him his job. During the subsequent accidental murder of his employer’s daughter, Wright silently projects the perfect amount of fear and distraction. His dialogue scenes are very touch and go, but his non-dialogue scenes are enough to carry him over as Bigger.

This is a much darker film than its 1986 counterpart, which is ironic considering the 1986 version could have borne the full brunt of the novel without restrictions this version had to adhere to in 1951. This version depicts the toned down yet still disturbingly rendered fate of Bigger’s girlfriend (left out of the 1986 version completely) and presents a rougher Bigger than Victor Love portrayed. Also, you can tell this isn’t an American movie, not just for some of the more violent imagery (Bigger’s dream sequence is shocking in its depiction of decapitation) but in its tone. With the film’s sympathetic Communist characters and their formerly Communist creator taking on the squalor and inequality of segregation, Native Son is both too Black AND too Red for the old Hollywood studio system. Louis B. Mayer would have fed this film to Leo the Lion.

Czar of Noir Eddie Muller referred to the 1951 version of Native Son as a potential noir. Watching it from that perspective didn’t diminish its power so much as elevate the film despite its shortcomings. Some of the most interesting and complicated characters come from my favorite genre of film, and thinking of Bigger as akin to a noir protagonist--trapped in a world he didn’t make, lashing out as both his survival and coping mechanisms--made me want to read the book again. Who knows? After reading Native Son again, I may still have my Bigger Thomas problem. What I won’t have is any regrets.
Posted by odienator at 1:31 AM

I had a similar reaction to Native Son (the book and the '86 flick) in high school. But I was troubled not so much by Bigger's choices than by the trap Wright sets up for him. I was obsessively watching Hitchcock films at the time, so I appreciated the fiendish suspense of it all, but, yeah, Bigger as a character was such a thoughtless blank and his doom so inescapable that it almost felt as if a sadistic man had written the book.

You know what? I better go back to the book, too, after 25 years. Older reader, new eyes. (I remember seeing a little of the '51 film but having to turn away from Wright's chalk-scrape performance.)

Wright's 1953 novel, The Outsider gave me similar heartburn: He sure does love to toss his black male protagonists into a meat grinder. The fugitive in that book has faked his own death and ends up killing to preserve his new identity. He gets caught up with duplicitous Communists and ends up staking everything on his "love" for a white woman. Unlike Bigger, he's an intellectual, but he also struck me as a complete psychopath and sadist.

It's easy to understand how tortured black writers must have felt during that time, but I prefer what Baldwin did with all that pain and confusion (arguably just as existential and ripe for noir interpretation) over Wright's horror shows.

Do you think somebody should attempt a new adaptation of Native Son, and, if so, who? Or should I ask that one after we've both re-read that damn book?

Boone: Do you think somebody should attempt a new adaptation of Native Son, and, if so, who?

No. Bigger Thomas needs to stay where he is, frozen both in Wright's book and in time. If he weren't completely believable to me in 1986, he damn sure won't play in 2013. He'll come off like O.J. Simpson. No.