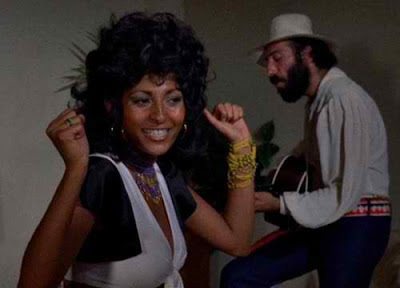 Kids today know Sid Haig from the films of Rob Zombie. He’s Captain Spaulding to you fans of House of 1,000 Corpses and The Devil’s Rejects. But before he and Rob made four movies together, Sid Haig and Pam Grier made six. And while I highly doubt Sid would disavow his Pam output, I’m sure a lot of readers don’t know about his long stint in the world of Blaxploitation. I started the One Drop of Black Cinema series to call out actors, writers, directors and other technicians who did tours of duty in Black movies before moving on to “better things.” While former candidates Michael Kahn and Joel Schumacher ran off to edit Spielberg and direct crap respectively, Sid Haig has managed to stay right where he belongs: in the great state of exploitation cinema. This is less a calling out and more a celebration. 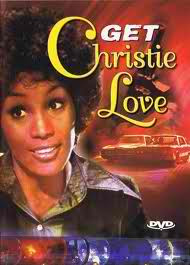 Looking at Haig’s IMDB profile yields plenty of surprises. He was in Diamonds are Forever and George Lucas’ THX-1138. He appeared in Chu Chu and the Philly Flash, a film I’m sure Alan Arkin would like to forget. Haig was also on practically every 70’s  and 80’s show there was, including the hideously memorable Deirdre Hall kiddie show Electra Woman and Dyna-Girl. His appearance on Get Christie Love is an appropriate mention for this column. Get Christie Love was a TV movie turned series starring the sexy Teresa Graves as an undercover cop. She was just too soulful for ABC, so they cancelled her show after a season and a half.

This would not be the last time Haig appeared with a beautiful Black woman with a ‘Fro. In 1971, Jack Hill cast him alongside Pam Grier in The Big Doll House. They both appeared in the 1972 sequel, The Big Bird Cage. Haig must have enjoyed playing alongside a jailed Pam Grier, as they both appeared in Black History Mumf fave Black Mama, White Mama in 1973. That film, with Pam chained to her repeat co-star Margaret Merkov, is The Defiant Ones with catfights and titties. Haig gets in the way of both.


Director Hill continued to pair Pam and Sid, featuring them in both Coffy and Foxy Brown. In the former, it’s Haig who causes the extremely gruesome demise of Robert DoQui’s King George by tying him to a car and driving off. This doesn’t make our Pam very happy. In fact, on several occasions, Pam and Sid were antagonistic in their movies. She was always either doing him and/or doing him in whenever they met up. Haig’s career as a bad guy and an anti-hero prevented him from playing nicely in most of his roles, and I wouldn’t want him any other way. With his sinister look and his scraggly facial hair, Sid Haig has the perfect look for mayhem (or magic, as Diedre Hall’s kiddie show proved).

In The Big Bird Cage, Haig played a character named Django, not unlike Franco Nero 7 years prior or Jamie Foxx 40 years later. This didn’t go unnoticed by Quentin Tarantino, nor did Haig’s numerous duets with Ms. Grier. QT cast Haig as the judge who sentences Grier in Jackie Brown, reuniting them after 22 years of separation. When Haig appeared onscreen, I let out a whoop of joy. No one else in the theater made a peep, leaving me the only one privy to this little in-joke. Was this Sid’s revenge on Pam for all their prior battles?

Always reliable, Sid Haig continues to unapologetically get under filmgoer’s skins, though Rob Zombie fans tend to find him oddly sympathetic. No matter how many bad movies and TV shows Haig continues to show up in, I will always feel all warm and cozy knowing we’ll always have Pam.

Sid Haig also worked alongside Tamara Dobson in JASON OF STAR COMMAND. One more kiddie show credit at the tail end of the 70's.