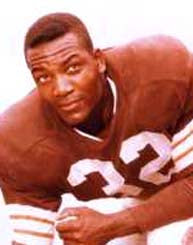 The subject of football records, Blaxploitation, The Dirty Dozen's most tragic scene, a Spike Lee documentary, lustful James Toback fantasies, a Richard Pryor routine and of course, a prior piece here at the Mumf turns three-quarters of a century today. Even at 75, I wouldn’t antagonize Jim Brown. He may be a senior citizen, but he still looks like he can whip some ass. 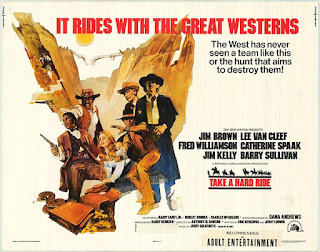 In honor of Mr. Brown, and to remind people that Django wasn’t the first Negro on a horse, Black History Mumf presents the first of our two Black Western pieces. The subject of the other piece should be easy to guess (hint: it’s kind of like “Deer and the Minister”). Today’s movie reunites Brown with his Blaxploitation colleagues and co-stars from Three the Hard Way, Fred Williamson and Jim Kelly. Take a Hard Ride is Kelly’s only Western, as his forte leaned toward martial arts films like Black Belt Jones, Hot Potato and Enter The Dragon. Brown and Williamson were both Western veterans by 1975, with the latter starring in, writing and directing several Westerns during his movie-making tenure. Most of those movies are bad, but I’m glad Williamson’s movies exist. They show the independent ingenuity of an actor who decided to make his own opportunities. Still, even he might agree that Adios Amigo (which co-starred Richard Pryor) is the nadir of his triple-threat moviemaker career. 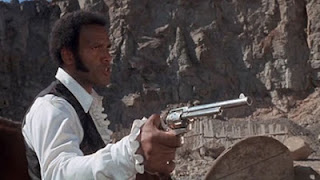 Take a Hard Ride has one of Williamson’s most engaging performances, if not his best. He plays a snake-throwing con man with an agenda. First seen rigging a card game with a strategically placed snake (don’t ask), Williamson puffs on cigars, flashes a million dollar smile, wears his Western duds with finesse and oozes charm and charisma. His light touch is matched by an unusually subdued Brown, who channels a more laconic, quiet hero on a mission. The duo makes an odd couple. “Do you ever shut up?” asks Brown. “Talking is how I know I’m alive,” responds Williamson. The two are a little more antagonistic than usual, and even answer my cousin’s question of who would win if Jim and Fred got into a fight. But the film doesn’t piss off fans by making them enemies. As in many Westerns, the two join forces against a common enemy.

Spaghetti Western legend Lee Van Cleef, last seen with Brown in the Larry Cohen-John Guillermin 1970 film El Condor, is our villain du jour. His bounty hunter Kiefer gets the first scene in Take A Hard Ride. Kiefer is all about the Benjamins, shooting a reformed criminal for the $200 bounty still hanging over the criminal’s head. “You don’t shoot a well-liked man for $200!” he is told. “He made his choice,” says Kiefer, “and I made mine.” Kiefer’s second choice is to follow and kill Brown, but not for the reason the audience thinks.

Screen legends Dana Andrews and Barry Sullivan show up, both far older than the noir characters they made famous, and both appearances are welcome throwbacks to the old days of Hollywood. Andrews sets the plot in motion by dropping dead; before he does, he asks his friend Pike (Jim Brown) to deliver $86,000 in payroll money across the Mexican border to his wife and her fellow townspeople. Pike is a reformed criminal, not unlike the man Kiefer shot in the opening, and he’s an honest man. The townsfolk in Pike’s town are worse than a sewing circle, so news travels fast about a Black man on a horse carrying $86,000. Everybody and their Mama starts gunning for him. 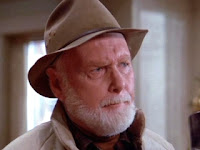 Kiefer rides after him, as well, collecting as his posse several other people with the same goal.  If they don’t want to join, Kiefer shoots them. One guy who makes the right decision is Harry Carey, Jr., whose character, Dumper, is interrupted by Kiefer while taking a shit. If you ever wanted to see Harry Carey Jr’s buttcrack, this is your movie.


Con man Tyree (Fred Williamson) saves Pike from his first ambush, then joins forces with him to help him get to the border. Once there, however, their partnership will dissolve so that Tyree can challenge Pike for the money. Pike reluctantly agrees, even though he hasn’t seen Tyree’s shooting skills. Don’t worry, folks—it’s Fred Williamson with a big ass gun. I assure you we’re good. 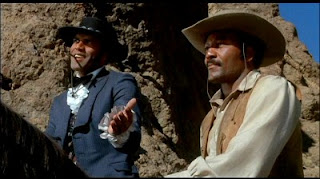 “We’re practically invisible,” says Tyree. “Everybody’s looking for one darky on a horse, now there’s two. How they gonna know you now?” This is a good question, as the multitude of White folks who come gunning for Pike shoot the wrong Negro on more than one occasion. The film has a little fun with this. One of the unfortunate victims is Charles MacGregor, last seen sinking into quicksand with Cleavon Little in Blazing Saddles. MacGregor and Brown look as much alike as Justin Timberlake and Ethel Merman, yet he winds up getting shot anyway. I felt bad for MacGregor who, as fans of the genre know, also played Freddy in Super Fly. “Remember Freddie’s Dead,” sang Curtis Mayfield. He’s dead here too. 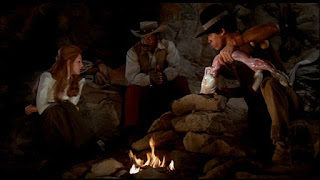 Take a Hard Ride reunites Three the Hard Way’s trio after Tyree and Pike come to the aid of a woman about to be gang-raped. The woman, Catherine (Catherine Spaak) has just seen her husband murdered by the same marauders Tyree and Pike dispatch to save her. Catherine is looked after by a mute Indian named Kashtok (Jim Kelly). The role renders Kelly mute, which actually improves his acting, but who goes to the movies to see Jim Kelly act? Kashtok is a kung-fu Indian, sort of a Black Billy Jack, who pummels and stabs several people before the credits roll. Before that, we are treated to machine guns, enough dynamite to stock the entire Looney Tunes catalogue, and the aforementioned Barry Sullivan as a corrupt sheriff named Kane. Kane meets pretty much the same fate as Sullivan’s character in The Gangster.

Director Anthony M. Dawson (aka Antonio Margheriti) abandons his half-hearted attempt at spaghetti Western camerawork early, opting for a more traditional looking Western. The great Jerry Goldsmith provides an entertaining score that’s more Elmer Bernstein than Ennio Morricone. Brown speaks softly and carries a big gun. Williamson speaks frequently and carries a “goddamned hand cannon.” The good guys win and so does the audience. As much as I enjoy Three the Hard Way, Take a Hard Ride is the best of the trio of films Brown, Kelly and Williamson did. Their third film, 1976’s One Down, Two to Go, teams them up with Richard “Shaft” Roundtree. Williamson is behind the camera and the script for that one. If you want to see which side of the “mediocre to horrifying” scale of Williamson-directed features One Down, Two to Go lands on, you’ll have to find out for yourself.
Posted by odienator at 8:25 PM