(A quick Ed. note: Bad 25 received a horribly butchered, almost insulting airing on ABC on Thanksgiving night. It was shorn of over 30 minutes. This piece is on the original theatrical cut I saw at the Toronto Film Festival in 2012. It was one of my favorite films of the festival.) 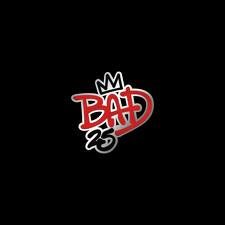 Spike Lee’s Bad 25 is a celebration of Michael Jackson’s third solo album, a careful, fascinating exploration of each cut and its resulting video. Using interviews past and present, Lee turns in a funky, funny and bittersweet talking heads documentary pulsing with the energy derived from its subject. Focusing solely on the material, Bad 25 peeks inside the creative process and comments on its power to change and influence. Along the way, several questions pertaining to the album and its creator are answered, such as “Who is Annie, and why isn’t she OK?” “Who is this librarian chick Mike is singing about?” and “What the hell does ‘chumon’ mean?” Fans will devour the film (my Toronto Film Festival audience wildly applauded at film’s end), but Lee’s consistent documentarian skills are enough to earn Jackson’s work a few converts. 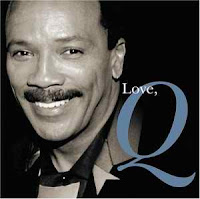 Bad 25 traces the album’s origins, starting with Jackson’s producer, Quincy Jones, suggesting that Jackson take more control of his latest project. Jones, who had produced Jackson’s prior two works, Off the Wall and Thriller, wanted Jackson to write all the songs on Bad. Jackson wrote one of the best songs on Off the Wall (Don’t Stop Til You Get Enough) and the best song on Thriller (Billie Jean), so Jones’ request isn’t unreasonable. Jackson eventually wrote 9 of the album’s 11 cuts, though the two songs Jackson didn’t write constitute the best and worst cuts on Bad. Of the latter, Jackson’s duet partner Stevie Wonder cites that he did it as a favor; Jackson agreed to sing on his album in exchange. “I just made sure I wrote the song we sang on my album,” jokes Wonder. Truth be told, Bad’s Jackson/Wonder duet, “Just Good Friends,” isn’t THAT, um, bad.

Director Lee is as interested in the song preparation as he is in their visual representation on MTV. Jackson worked with more famous directors than many actors, from Francis Coppola (Captain  EO) to John Landis (Thriller) to Spielberg (the E.T. narrative album) to David Lynch (Dangerous) to Lee (They Don’t Care About Us) to the man whom Lee starts with in Bad 25, his Clockers producer, Martin Scorsese. Scorsese discusses Jackson’s desire for a grittier feel to his videos, the complications of shooting in Brooklyn’s Hoyt-Schermerhorn MTA station, the casting of a now-famous actor as Jackson’s antagonist, and the screenplay by Clockers scribe Richard Price. 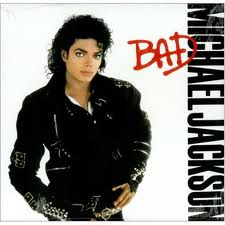 Scorsese’s video for the titular track is Bad’s most famous contribution, and full disclosure, I freaked out the first time I saw it. I adjusted my TV, thinking something was wrong with it, not realizing that Jackson had a new, lighter appearance. My Mom was downstairs, apparently doing  the same thing. We must have simultaneously realized that it wasn’t the TV, for we both yelled out “What the fuck happened to his face?!!” Unfortunately, this is the first thing I think of when I think of the Bad video. The work itself deserves better. It plays both as commentary and a dare, not only to Jackson’s rival, Prince, but to the bruvas who thought the Gary, Indiana native was a softie. Talking heads like Kanye West support this theory onscreen. The Bad video presented a rapidly lightening Jackson practically reclaiming and reflecting his “Blackness,” keeping it real before the term had been coined. Assisting him were a pre-fame Wesley Snipes, a love of West Side Story’s visuals, and Price’s wraparound story of the bookish Jackson character standing up to his old ‘hood buddies who think he’s sold out. 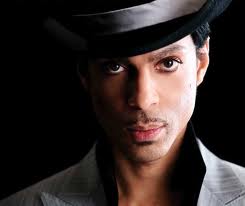 The most interesting element of this section is the corroboration of the story that Jackson and Prince met to discuss doing a duet for the album. The meeting did take place, and I’d kill for footage of these two titans together. Why Prince declined doing the Bad video may have something to do with the first line of Bad. Yet the notion of His Purple Badness playing Snipes’ role in the video makes me giddy with 80’s-era delight. Would this have parlayed Prince into playing New Jack City’s Nino Brown? The world may never know.

Lee gives equal time to the directors of Bad’s other videos, including Joe Pytka, helmer of Michael Jordan's Space Jam and two of the videos associated with Bad. Pytka is Bad 25’s most memorable talking head, providing Bad 25 with a tough streak by colorfully peppering his discussion with profanities (his advice to Jackson on what to do with the sexy lead in the video for The Way You Make Me Feel is deliriously unprintable). Pytka’s video for that song further toughen up Jackson, presenting him as a pussy hound on the prowl in at atmospheric, steam-filled set filled with cars. Pytka explains the choreographed “breakdown” that occurs mid-video, while the engineers and musicians detail the shuffle beat of the song, and what gave the recording its distinctive sound. 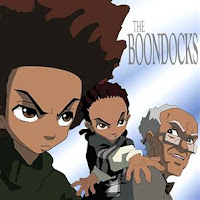 The animated series, The Boondocks, jokingly chides Black entertainers with “Michael Jackson is not a genre.” Some of Huey Freeman’s targets appear in Bad 25, professing their love for the music and how influential it is to them. Usher appears hoping to convince Huey that he’s heir to the perfomance throne. Chris Brown and Justin Bieber talk about Jackson’s dance moves. Kanye West chats about working with Jackson on some of the last material Jackson produced. West then brings up the Annie character from Bad’s most ruthlessly syncopated cut, Smooth Criminal. “Annie obviously wasn’t OK,” he notes, and while Bad 25 doesn’t tell us exactly why, it does tell us the inspiration for Annie. Suffice it to say, it’s a breathtaking answer.

Bad 25 mocks Black folks’ penchant for getting song lyrics wrong. If you think I’m just being picky, go up to any old Black lady and ask her if Prince has a song called “Count Your Blessings.” Or listen to your Black friends sing along with the car radio. I guarantee you somebody will sing a lyric that isn’t just outright wrong, it’s damn near ridiculous. It took me 30 years to realize Mike was saying “Keep on with the force, don’t stop, don’t stop til’ you get enough!” I always sang “Keep on, til the floor goes pop, don’t stop til you get enough…” I should talk about erroneous singing Negroes--I had people falling through the damn dance floor!

On Bad, Jackson’s shout-out to African beauty continues his streak of misheard lyrics, or mondegreens. His diction sometimes makes it impossible to figure out what the hell Mike is saying. When Lee reaches this cut on the album, someone onscreen asks “why is Mike singing about a librarian?” I admit thinking the same thing the first time I heard the song. Not that there’s anything wrong with librarians. They’re usually hot once they take off their glasses and let down their hair. Turns out, Mike was crooning about a  “Liberian Girl.” She was probably a librarian, but never mind. Bad 25 makes the same correction I would have gotten if I’d just looked at the back of the damn CD I got from Sam Goody back in 1987.

Siedah Garrett, who duets with Jackson on Bad’s resident sugary love song I Just Can’t Stop Loving You remembers her excitement over being asked to sing the duet. She later traces the origins of her most lasting effect on Bad, co-writing with Glen Ballard its best cut, Man in the Mirror. I was surprised to see no footage from the documentary-like Man in the Mirror video, which Lee directed, but Bad 25 compensates with Garrett’s story and snippets of her performing the song in two different keys. 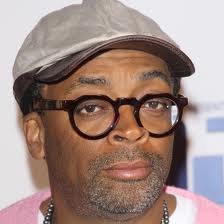 Bad 25 uses Man in the Mirror to make a powerful, sweeping final statement, but before it does, Lee reminds us why his documentaries far outshine most of his narrative work. The film shows several people, even those who have been critical of Jackson, remembering where they were when they heard Jackson had died. Lee presents this with neither narrative nor visual commentary, and the effect is stunning, meditative and moving. Joe Pytka, our resident tough guy and color commentator, is suddenly stricken silent. Lee lets him have his moment. I was suddenly transported back to where I was when I heard the news. I remembered that Jackson had his first #1 hit mere weeks before I was born, and how his music remained a fixture from my earliest memories. Sure, I made plenty of jokes about what he did, he allegedly did, what I thought he did, and what he didn’t do. But at the “end of the day,” I had what I loved and remembered most: the music that was part of the soundtrack of my life.

Bad 25 was a bittersweet reminder of that.
Posted by odienator at 2:50 PM

Stirring finish there, brother. You get me laughing only to taser me poor heart at the end.

Exactly: "I adjusted my TV, thinking something was wrong with it, not realizing that Jackson had a new, lighter appearance."

I remember when Bad premiered, my siblings and I were mostly in shock at how white Mike was, how jet black That Dude from the Goldie Hawn Football Movie was; at how ghostly and surreal the whole video felt.

Wow, now I must get my hands on the unfuctwith cut of BAD25. Spike is a phenomenal pop documentarian. If he just spent the rest of his life resuscitating neglected American history and cultural touchstones, he'd be the Ken Burns of Soul Cinema.

It was like ten years before I figured out that Michael wasn't singing "Keep on, 'til the book stores close..."

TFB, that's actually a better lyric than the one Mike wrote. I wonder if Barnes & Noble will use your lyric in a commercial.