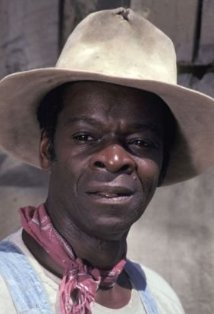 Here’s a dirty little secret about these Content of Their Character Actors pieces: The best way to get into this series is to have a great voice. I started this sidebar of Black History Mumf to showcase character actors whose work I loved and admired. While that has always held true, I’ve noticed that I’m drawn to the voices of my choices, and how they all use that actor’s tool to craft memorable performances. Roscoe Lee Browne’s memorable putdowns, Diana Sands’ delivery of her “Miss Sepia 1957” line, Lynne Thigpen’s radio station taunting of the Warriors, Taraji P. Henson’s emotion-charged vocal mastery—fine actors chosen in some part because I love their voices.  It’s just a matter of time before I get to Madge Sinclair. 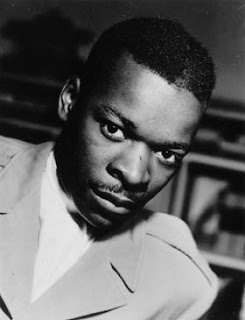 Today, Brock Peters occupies the spotlight. In my piece on Carmen Jones, I erroneously stated that Pearl Bailey is the only person who sang her own role. Peters not only sang his role, but sang the dubbing of another actor as well. Jones’ director, Otto Preminger, had Peters sing again in the role of Porgy and Bess’ Crown. For someone who went to New York’s High School of Music and Art, Peters didn’t do a lot of singing onscreen. I wonder if this had more to do with his looks than his voice. After all, the man who sang background on Harry Belafonte’s Banana Boat song had such an ethnic look that Hollywood tossed only certain roles at him and his compatriot from the land of big-assed Black noses, Beah Richards. Both he and Richards survived despite this, made careers out of playing characters capable of seething rage and surprising gentleness, and both flaunted a dangerous sexuality at times. Richards flirts brazenly with Peters’ Porgy co-star Sidney Poitier in In the Heat of the Night, and Peters oozed sexual menace as both Crown and a pimp in Sidney Lumet’s The Pawnbroker.


In fact, sexual menace is behind the role Peters is most remembered for, though it is nowhere to be found in his performance. Peters’ Tom Robinson is the client of Gregory Peck’s Atticus Finch in To Kill a Mockingbird. Again, I wonder if they cast Peters because he looked scarily Negro and could represent the fear evident in the hearts of the Whites who think he raped Mayella Ewell. Peters has a few scenes of note, especially when he takes the stand, but this is Atticus’ show. As a result, To Kill a Mockingbird forces the viewer to listen to Atticus’ descriptions of Robinson and his innocence rather than conclude that ourselves. Finch is so noble (and Peck is so good) that Peters’ character is immediately tossed atop the figurative big-assed nose trash heap Beah Richards got thrown on by Hurry Sundown. At least she got to cuss out Whitey beforehand; no such fate befalls Tom Robinson. The film immediately forgets about him, but Peck and Peters were so inextricably tied together by To Kill a Mockingbird that Peters eulogized Peck at his funeral.


Recently, I saw Peters in another memorable role in Larry Peerce’s The Incident. As a sucker for MTA-subways-as-NYC-microcosm films, I fully expected to enjoy it. Unfortunately, The Incident is problematic, with severe pacing problems and a scenario that becomes more and more unbelievable as the film progresses. The theme Peerce is going for is beautifully summed up in the film’s last shots of a bum being completely ignored, but until we get there, the film is slow and heavy-handed. Told as a fable about trapped NYC subway riders being menaced by two hoodlums (one of them played by Martin Sheen in his debut), The Incident tosses on this hell ride a teenage couple, a sad, confused homosexual, an old bickering couple (with the great Thelma Ritter as the wife), a Black couple (Peters and Ruby Dee), a country-bumpkin soldier (Beau Bridges), and a family with one child led by Johnny Carson’s sidekick Ed McMahon (he’s good, actually). So stereotypically clichéd is this cast it plays like a central casting version of The Twelve Days of Christmas.

As Sheen and his partner Tony Musante terrorize the passengers one by one, nobody does anything. The film is structured to keep us guessing who (if anybody) will stand up to these crooks, but credibility becomes strained the longer the scenes play out. The menacing leads to one quietly devastating moment when the gay youth whispers “please help me” to anyone the thugs toss him toward. The menacing also leads to a confrontation with Peters, whose character hates White people and remains on the train solely to see them get tortured by two of their own. Better them than us, he thinks. When Musante taunts Peters with racial slurs, and Peters builds to a boil, The Incident has the opportunity to be truly as subversive as it thinks it is. Instead, Peters inexplicably backs down from a thug he can easily take in a fight. Peerce’s camera frames Peters as militant one second, simpering skeerdy-cat the next. It’s as if the film had completely lost its nerve. Still, Peters acts the hell out of his small role and Peerce used him again in Two Minute Warning a decade later. I wish The Incident had been gutsy enough to let him hit Musante or at least have Sheen kicked in the balls by the gay guy.

For sci-fi/comic book nerds in my age group, Brock Peters is three sevens on a slot machine. He’s done voiceover work for the Batman cartoon, been on the original Battlestar Galactica, done two original cast member Star Trek movies (IV and VI) and Deep Space Nine AND was Darth Vader’s voice for a Star Wars radio program (take that, JJ Abrams!). He’s also in Soylent Green with his buddy Chuck Heston. That’s a lot of Negro in space and/or the future! Lando Calrissian owes this guy a debt.

Peters died in 2005 at the age of 78, and his inclusion here exposes another dirty little secret about how to get a spot at the Content of Their Character Actors slot: The people I chose look like normal Black folk you’d see on the street. That means they have a visual familiarity I can easily imagine seeing in my neighborhood growing up. A good voice, a familiar facial type, and damn good acting skills are all you need. Peters had these and more. 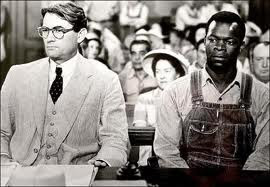 "If I'd used Johnnie Cochran, things would have been different."
Posted by odienator at 3:17 AM

Cue Peters' voice at the end of Miles Davis' 1971 masterpiece A Tribute to Jack Johnson (which was recorded as the soundtrack to a documentary on the early 20th century boxing champ, in which Peters provided the voice of Johnson):

And that was my introduction to Brock Peters.

Scott, now THAT was an introduction.

Even in a glorified cameo like 1972's BLACK GIRL (directed by Ossie Davis; it'd be a great film to write up for the series) Peters' screen presence is undeniable.

As a child, my introduction to him was on NIGHT GALLERY of all things, opposite a young Denise Nicholas on "Logoda's Heads". I also remember Peters getting the role of Jim in a late 70's version of HUCKLEBERRY FINN that had quite a cast: Cliff Osmond, Mike Mazurki and a latter-day Forrest Tucker-Larry Storch teaming (as the Duke and Dauphin).

TO KILL A MOCKINGBIRD is what he'll be remembered for, and deservedly so, but Mr. Peters was pretty memorable every time he was in front of a camera. One film he starred in that I really want to revisit is the 1970's adaptation of LOST IN THE STARS, produced by AFT. Maybe it is streaming.

By the way, I'm preparing a Madge Sinclair tribute too Odie; the 75th anniversary of her birth is coming up in April.

Hal, thank you for mentioning the Night Gallery episode. Somehow I'd forgotten to mention it. I remember it vividly. More foggy is the Huck Finn telemovie; I've seen it but don't remember much of it.

I would have done Madge Sinclair earlier, but I wanted to revisit some of her early stuff before I did the piece. Expect it before Mumf's end. I look forward to reading your piece too.