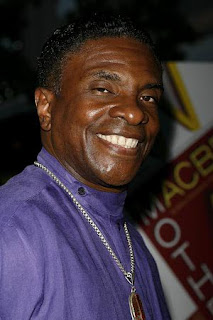 Keith David is one of the most recognizable character actors, both visually and aurally. David’s voice won him Emmys for narrating the work of documentary maker Ken Burns; it is currently scaring little kids at The Princess and the Frog and talking to gamers in video games like Call of Duty 2. David’s towering image, 6’2” of intimidating, Harlem-bred Black man, has been used for both comedic and dramatic effect by various directors. He is perhaps best known for his work with John Carpenter; more on that in a second. 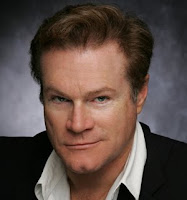 for his heartbreaking work in An Officer and A Gentleman. I used to get their names confused, though it’s pretty impossible to confuse the two visually. David Keith is a tall White dude from Tennessee. I did a search on imDB to see if the two enemies of dyslexics ever worked together. They have not. There have been no Keith David-David Keith movies. I wonder if casting directors have ever confused them. Imagine being a fly on the wall if the makers of Barbershop wanted Keith David to play the movie’s ‘hood villain, but called David Keith instead. Or if Mark Lester sent out for David Keith to play Drew Barrymore’s dad in Firestarter, and they brought in Keith David.

The actors themselves seemed like they wanted to confuse you. Keith David has a role in Eye for an Eye, and David Keith was the star of White of the Eye. So it’s odd that, on the imDB, only David Keith’s bio has the warning not to confuse him with Keith David. This unique type of warning belongs on both actors’ listings.

Confused by me saying Keith David and David Keith repeatedly? Good! Look up at the title of this piece and remind yourself who the subject is.

I saw Keith David onstage in two shows that highlighted his flexibility as an actor. First, I learned he had a great singing voice in his Tony-nominated turn in Gregory Hines’ Jelly’s Last Jam. Later, as I went through my cycle of August Wilson plays, I saw David as the lead, Schoolboy Barton, in Seven Guitars. The former netted David a Tony nomination for Best Featured Actor. In both, David’s commanding use of his voice vibrated the audience. Like Sam Elliott, I could listen to him read the phone book.

The mainstream first took notice of Keith David in Oliver Stone’s 1986 war film, Platoon. The film won Best Picture, and more has been written about its Oscar nominees Tom Berenger and Willem Dafoe, but people took notice of David’s excellent work as a veteran who befriends Charlie Sheen. Rita Kempley at the Washington Post called him “big and magnificent” in the role. David’s work is one of the few things I remember about Platoon, a movie I considered extremely overrated. David’s experience with Ollie Stone led to work with directors like Spielberg, Spike Lee, the Hughes Brothers, Sam Raimi (whose camera showed Gene Hackman framed through a huge hole in David’s head), and Michael Bay.

Cult movie lovers like me first took notice of Keith David in two John Carpenter movies: The Thing, where he played opposite Kurt Russell, and They Live, where he and Roddy Piper engage in the greatest fight ever lensed. In numerous films, there was a lot of violence when Keith David showed up onscreen, Dead Presidents and Clockers immediately spring to mind, which makes his early appearances on the Land of Make Believe segments of Mr. Rogers Neighborhood all the more ironic. Keith the Southwood Carpenter was a nice guy; we wanted him to choke that annoying ass cat with the “meow meow” vocal tic.

David tended to play tough characters who were easily irritated and/or incited to violence, but he could also use his scariness for comedic purposes. The Farrelly Brothers give him a memorable entrance in There’s Something About Mary, and his role as husband of Night Court’s Markie Post and stepdad of Cameron Diaz is comic gold. It is he who scares the shit out of Ben Stiller, then a few minutes later gets Stiller out of a tuxedo zipper nightmare. “What am I lookin’ at? Is it the frank or the beans?” he asks Stiller. “I don’t know,” says Stiller, “a little of both, I guess.” Whatever it is, David gets it out of that zipper. Later, he shows up during the closing credits, acting silly and flashing that goofy smile of his.

David’s latest work has him turning a horny prince into a frog through the power of voodoo. Disney’s contribution to Black-themed animation makes David the villainous Dr. Facilier. His voice is sexy and seductive one minute, filled with anger and rage the next, and his big Randy Newman number is as good as it is creepy. Even more creepy is his comeuppance; David’s voice really sells his fear and terror. On the PatF website, David says he loved singing and playing the role of the evil doctor, who looks less like him and more like an anorexic version of the WWF’s old Papa Shango wrestling character.

If you watch Ken Burns’ doc on Jack Johnson, Unforgivable Blackness (and you should), you’ll bear witness to what Keith David does best: Narration. His voice has been compared to Orson Welles’, and whether he’s voicing Todd MacFarlane’s Spawn or leading us through seven documentary episodes on WWII, he is in full command of his masterful voice. We’ll get to hear that voice, and see the man who owns it, in no fewer than 5 movies in 2010.
Posted by odienator at 7:57 PM

I wish Keith David was the father of Drew Barrymore in Firestarter. I imagine his reaction when she burns down something he spent his hard-earned money on. (To me, Keith David is the comical Everyman of the world's hard put working stiffs.)

And though I love Dennis Haysbert in Jarhead, I wish I could visit an alternate reality where David is in the role, just so I can hear his spin on the line, "You STA boys are some weeeird motherfuckers..."

Cool, man. So many unsung actors could use your appreciation, maybe you should start a special CotCA Week one of these mumfs.

Love Keith David. But you forgot to mention his hilarious turn as the crazy-ass Vietnam vet in MEN AT WORK!

poyboy, my original write-up mentioned Men at Work and somehow it got dropped out when I did my final cut of the piece. What was I thinking? I even say Louis' line all the time:

"Looks like somebody threw away a perfectly good White boy."

Didn't MEN AT WORK rip off BETTER OFF DEAD with that joke? Seems like it was delivered almost exactly the same way 5 years earlier in Savage Steve Holland's cult favorite, only it was "What a shame, folks throwing away a perfectly good white boy like that" from the telephone pole as the worker saw John Cusack in the garbage truck below after his botched suicide attempt.

Hal, you are absolutely right. I like Better off Dead, but I LOVE One Crazy Summer. When BHM is over, I'm going to have to write a piece about one of Demi Moore's few good movies.

Speaking of writing, I'm so behind here. I gotta get cracking to catch up. That work conference was a lot tougher than I expected. Look for a new piece later today.

I met Keith David on a subway car about 15 years ago when he was doing an August Wilson play on Broadway. There was a crying toddler on the car, and David silenced her crying by singing "Swing Low, Sweet Chariot" in deep, lovely tones. It was absolutely mesmerizing for everybody, not just the kid.

When he was done I went over and made small talk with him for a few stops, and near the end of the brief conversation, I just had to ask, "Does it bother you that people sometimes confuse you with David Keith?"

He said no, it didn't, it was just one of those things, but it was a little strange considering that he's a dark-skinned brother and David Keith is not just white, but so representative of a certain physical TYPE of white man that for a long time he was the go-to guy for casting agents to plug into dumb and/or hateful redneck roles.

Keith David said the weirdest moment of David Keith/Keith David confusion was when "Platoon" made the cover of Time Magazine back in '86. He pulled the magazine off a store rack and stood there reading it, and in the middle of the piece was a big spread of all the actors in the titular platoon; the caption beneath the picture identified him as David Keith.

He told me, with that big Keith David grin, "I was so eager to show this to everybody I know. Look, mama, I'm in Time Magazine! And they identify me as David Keith. Ain't that a bitch?"

hey did yall know that Keith david has a new movie coming out on May 21 in theaters called Chainletter. I seen the trailer in it seem like its going to be a good movie i cant wait 2 see the movie

I was all ready to come out here to make fun of a movie called Chain Letter--was going to ask "what, if you don't forward it, something bad happens to you?"--and laugh. But dammit, that's exactly what the movie is about!

I marvel at the plots that get made nowadays, although in my version, St. Jude was killing people. No matter. This sounds really, really silly, but perhaps I'll go see it anyway. It might be fun in that Snakes on a Plane kinda way.