It Is What It Is

When This Is It played in theaters, I avoided it like the plague. The whole enterprise reeked of exploitation. The body wasn’t even cold yet the vultures were picking at it, looking for ways to recoup every loss but the one I felt when Michael Jackson died. Sony’s “two weeks only” engagement seemed even more exploitative, equating this footage to a going out of business sale. The cynic in me understood—it’s called show BUSINESS for a reason—but Sony and company weren’t going to get my money, not for the film nor the horrible title song written by Paul Anka. The best way to protest something isn’t to picket a screening like idiots did during a New York City private screening, it’s not giving up your hard earned money for it. Corporations listen to wallets, not signs.

Early reviews seemed to support the notion This Is It was an embarrassment. The New York Post posted a rather compelling review stating that the film was reprehensible. A protest group complained that the film shows Jackson being exploited. On the other hand, Roger Ebert gave it four stars and Manohla Dargis, not one to mince words, wrote one of the saddest pieces of film criticism I’ve ever read. “Death returned Michael Jackson’s humanity,” Dargis wrote, “and in a curious, tentative way so too does “Michael Jackson’s This Is It…” A few friends and family members also spoke highly of the film, but my mind had already been made up. At worst, the naysayers would be right; at best, it would be like attending a funeral, an act I’ve never done well.

This Is It went on to be a box office success, though not as successful as this series of concerts would have been had they actually happened. Box office was bigger overseas than domestically, but that was to be expected. The current generation in America only knew Mike as the weirdo the media, with his occasional help, claimed he was. They didn’t know him in his heyday as the biggest entertainer in the world, so his death and the posthumous tributes were looked upon with the same “what’s the big deal” attitude Black people felt when Elvis died. I remember being absolutely sick of the variety shows paying tribute to Elvis when he died, and I’d seen every one of his movies and his Vegas comeback special. 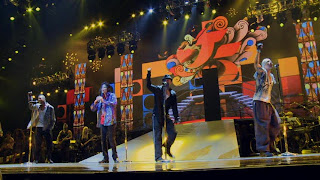 When Jackson died, I felt my own mortality getting closer. My Mom was pregnant with me during the period when the Jackson 5 had their run of #1 hits (ABC, I Want You Back, etc.), and my entire childhood and adolescence was scored partly by Jackson singing song after song, with and without the other Jacksons. Here at Big Media Vandalism, I wrote about where I was when I learned that Mike had died, so there’s no need to rehash it except to say I felt death getting closer to me. Luther, Teddy P, Mike, Isaac Hayes, all voices heard throughout my life, all gone. Every day, I’m, to quote Pink Floyd, “shorter of breath and one day closer to death.”

This isn’t an apology piece for Jackson’s sins. Apparently, his budgeting skills were as bad as most Black people’s, so his money problems were his own doing. If he were messing with

those kids, and I don’t believe he was, he deserved every moment of torment he got from being exposed. But we’ll never know for sure. I’ve always felt that the abuse he talks about experiencing at the hands of Joe Jackson was a lot worse than he depicted. Normal people don’t butcher their faces, but abused people sometimes do, especially if they resemble their abusers. Career-wise, it seemed that Berry Gordy and Joe Jackson were slave drivers by many accounts, and while that in many ways contributed to the success Mike received and craved, the victory feels Pyrrhic in retrospect.

As cold as this sounds, Michael Jackson is probably better off dead, where his obvious suffering and problems cease to exist, but he can’t even rest in peace. His autopsy report is posted out on the Internet, and the doctor who allegedly gave him anesthesia to help him sleep is about to be charged with killing him. Since I wasn’t going to be able to escape the sordid details of Mike’s last days, the masochist and completist in me decided to see the footage This is It had to offer. Since I was getting it from Netflix, I could live with myself for renting it. Let’s address the most common criticisms of the film.

Yes, the movie seems stitched together by a rabid sewing machine. With 120 hours of footage, I wonder if, with more time, the editors could have put together a better flowing movie. In four months, this movie was done and out, and that’s the biggest indicator of corporate greed. I can only go on what’s here, and despite its lumbering nature, there are some compelling moments.

Yes, Jackson looks frail and skinny. And yes, his face looks pretty damn bad. I’m not sure these are valid criticisms, as he’s always been skinny and, since the Bad video (where I comically tried adjusting my TV to figure out what was wrong with Mike’s color), he’s looked like a White woman after a bender big enough to bankrupt Las Vegas. In reviews of the lousy Scorsese documentary, Shine A Light, no one mentioned that Keith Richards looked like a zombie, but that’s because it’s no surprise he does. He looked like that in 1965. Michael Jackson doesn’t look sick here.

Yes, his voice doesn’t sound as good as it does on the record. Mike doesn’t sing at full power except in a few moments, but he does sing. He dances with his much younger backup 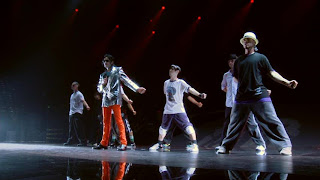 dancers and he sings live. How many stars today will jump around the stage AND sing live? It’s refreshingly old school, and even though I wanted more dance sequences, I acknowledged that he was 50, not the 25 he was on Motown 25. More often than not, we get Jackson doing a few dance moves while singing, but when we’re given an interactive scene of dancing, he keeps up with those dancers, sweating and breathing hard. One of the more fascinating moments in This Is It is the dancer interview section that opens the film. These folks are genuinely happy to have this gig. I found myself watching the dancers’ moves and their reactions, especially when Jackson rehearsed with them or when they were spectators to his solo song sequences. Thankfully, there are no fawning fan sequences in the film, but the dancers stand in for the fans and, at times, for the viewer.

Also interesting are the musicians who work on the show’s music. We see the musical 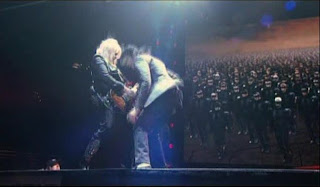 director trying to solve sound problems, and we also get to enjoy the young Blonde guitar player who’s lethal with her axe. They point out that Jackson misses nothing; he can pick out a missed note In a sea of instruments, and despite being a terrible perfectionist, his corrections of the musicians and even the director, Kenny Ortega, never seem mean. If there’s anybody who has an ego in This is It, it’s Kenny Ortega.

This isn’t a concert film, it’s a “making of” concert film for a show we’ll never get to see. For the most part, the computer graphics that serve as the backgrounds for the stage show are as corny as most concert backgrounds. The only filmed background that I wanted to see in its entirety was the Thriller 3-D sequence (and remember, folks, I can no longer perceive 3-D). The original Thriller video, directed by John Landis, turned a mediocre song into a classic. I doubt the new footage would upstage the jolt I got when I first saw Landis’ film, but it still looked like fun. There's also one of those Forrest Gump-esque mixtures of a new actor in 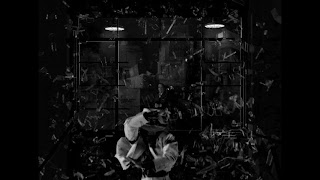 classic film footage. Rita Hayworth's Gilda throws her glove at Mike, and Bogie tries to shoot him. I tend to dislike these mashups.

It’s odd, but I found myself focusing less on Jackson and more on everything else that went on during This Is It. My brain accepted him as a constant I’d seen so many times before; I was more interested in the construction of the show and its parts. In that way, This Is It reminded me of the Hospital Hallucination sequence in All That Jazz. We’re watching the last mental hurrah of the star who didn’t take care of himself as well as he should have, who used drugs to get through his workaholic day, and whose ego and talent was such that people were in awe of him. Joe Gideon is controlling his own show, participating where his hallucination deems necessary, and in some ways, so is Jackson. In both cases, what we see is over the top and ends with the death of the star and the assumption that money will be made whether or not the show goes on.

It’s easy for the cynic in me to see all that, so why did I feel haunted after I watched This Is It? As the credits rolled and that terrible Paul Anka song played, I sat in my hotel room in San Francisco feeling a little shell shocked. Had the film had the National Enquirer tone some said it did, it would have appeased my jaded nature and I would have been able to shake it off. Instead, the musical numbers presented, even with their stripped down vocals, a walk back in time through my adolescence and my childhood—a walk with Death hovering in the background, waiting for Michael Jackson and reminding me that, while my nostalgia remains constant in age, my own meter continues to run.

Think about one of your favorite songs (by any artist) and remember where you were when you first heard it.
Posted by odienator at 7:56 PM