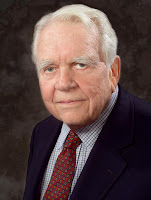 As is custom here at Black History Mumf, I am entitled to make one political statement per series. I’ve decided to forego that statement this year, opting instead to make good on a promise I made during Black History Mumf 2008. In The Opening Shot, 2008, I mentioned that there would be an appearance from Black Andy Rooney. Rooney is the curmudgeon on 60 Minutes who asks questions like “you ever wonder why I’m still on TV?” I can’t come out here and say “ya ever wonder…” because CBS will sue me for copyright infringement, punishable by either having a giant titty fall on me, Jessica Fletcher murder me, or by having me be the meat in a Jon Cryer-Charlie Sheen sandwich. So I have to come up with another version. I have come up with

The Pondering Odie, hosted by Octo Rooney, asks questions that I’ve been thinking about every day. These are things to make you go “hmmmm,” which of course I can’t use because Arsenio and C&C Music Factory own that. But you get the idea. So, here’s Octo Rooney with today’s Pondering Odie.

concerns me far less than his skin color. Was Jesus Black, as so many older Black church women have told me? Let’s look at this idea: Jesus had to look like Nick Ashford because a lot of churches are called Solid Rock. Everybody He hung out with was broke. He turned water into wine. He got betrayed by one of His friends for money. He was extremely smooth with words. He made a ho into a housewife. AND they let a guilty White man with connections go free so they could hammer His innocent ass up in the guy's place. If Jesus wasn't a Negro, He damn sure at least earned a Ghetto Pass.

2. If there's a classified ads section for has-been Black stars, does it have a big section of job listings for psychics? It's the step before they take jobs in bootleg, ass-out, ghetto-fabulous gospel plays. Don't believe me on the psychic thing? Let me count the people who had something to do with psychic ads: Esther Rolle, Vivica A. Fox, Leslie Uggams, Gary Coleman, Isaac from the Love Boat, Billy Dee "Colt 45" Williams, and of course Nostrildamus, I mean Dionne Warwick.
3. Has Toni Braxton ever dated a good man? Every fucking record is "you did me wrong, wah-wah-wah!" I think she purposely turns down men with promise. "I can't get a miserable, whiny ass song out of you," she'd say.

4. Is Kirk Franklin the P. Diddy of gospel music? If they stripped him out of his records, like the South used to do to Lena Horne in her movies, would he even be missed? I'm trying to listen to the choir sing, andKirk's up there yelling out irrelevant stuff like "God cured my corns!" and "All my people say!"

5. If R. Kelly had gotten sentenced for peeing on that girl, what kind of community service would he have to do? Would he have to clean out urinals at O'Hare Airport? Maybe he'd have to be a urinal at O’Hare Airport. Imagine the song he could make about that!

6. What gameless player wrote Tiger Woods’ speech? And couldn’t Tiger at least have committed it to memory (or gotten an Obama-Prompter) before he showed up on my TV for 24 hours? He sounded like a constipated robot; perhaps the only time he was emotional was when he denied that his wife whipped his ass. Which means she probably did. Like Lorena Bobbitt, Elin must have loved her husband. Lorena could have dropped John Wayne Bobbit’s dick down the garbage disposal and turned it on. I would have done that. Instead, she threw it out the window and somebody found it. That’s love. Mrs. Tiger ALLEGEDLY (God I love that word—takes the blame off me) went upside his head with that club. Had it been me, I would have gone for his knees. You can’t swing a golf club if your knees have the consistency of cooked grits. This is why God gave me a penis; I’d be way too vindictive as a woman.

7. As a half-blind man, I take great offense to Futurama, a show that features a Cyclops played by Katey Segal. I’m also taking offense at the Klan for once having a position called the Exalted Cyclops (once held by Democratic Senator Robert Byrd). I’m taking offense at Dick Gregory calling his book, Nigger, because he must have been describing me. And I’m pissed at Rogaine because they are offending my bald sensibilities by promoting anti-baldness. Does all this sound incredibly stupid? I’m just doing what Tina Fey’s lookalike is doing over the use of the word “retard” and Family Guy’s Down Syndrome episode.

8. Is Barack Obama the perfect storm of usage of racial slurs? He’s half-Black, which means he can say nigga with impunity if he so desires. But he’s half-White too, so if he shows up on TV and calls the Tea Party “a buncha crazy crackers,” none of y’all can say shit. White folks can say “cracker” with impunity.

9. Will Tyler Perry’s next movie be in 3-D? And what would be the repercussions of Madea flying into the audience?

10. You know who should get reparations? Uncle Ben, Aunt Jemima, and the Cream of

Wheat man. Let’s face it, they’ve been representing products that sell millions a year. And what do they get? Hit with a whip for burnt pancakes, watery farina and soggy rice—and NO MONEY. They don’t see one red cent of the money they’ve made by smiling on the packages. Show them the money!
Posted by odienator at 11:40 PM